Hi there! Today I’m sharing a review for a contemporary retelling of THE PICTURE OF DORIAN GRAY chillingly woven by multi-published author Rick R. Reed. I’ve reviewed some of Mr. Reed’s books in the past and always find them well-written, considerate and thrilling, be they romance (DINNER AT FIORELLO’S, BIG LOVE, LEGALLY WED) or suspense (TRICKS), so I was really eager to see how he’d treat the gothic psychological Dorian Gray. I wasn’t disappointed by A FACE WITHOUT A HEART.

Catch an excerpt and get in on the book giveaway, below.

About the book:
A modern-day and thought-provoking retelling of Oscar Wilde’s The Picture of Dorian Gray that esteemed horror magazine Fangoria called “…a book that is brutally honest with its reader and doesn’t flinch in the areas where Wilde had to look away…. A rarity: a really well-done update that’s as good as its source material.”

A beautiful young man bargains his soul away to remain young and handsome forever, while his holographic portrait mirrors his aging and decay and reflects every sin and each nightmarish step deeper into depravity… even cold-blooded murder. Prepare yourself for a compelling tour of the darkest sides of greed, lust, addiction, and violence.

He was beautiful. Beauty is so seldom ascribed to men, too often incorrectly attributed to men with feminine features—wavy blond hair, fine cheekbones, teeth cut from porcelain. But I’ve always thought of beauty as a quality that went deeper than the corporeal… something dark, dense, inexplicable, capable of stirring longings primal, longings one would be powerless to resist.

He was beautiful. I sat on a Red Line “L” train, headed downtown, bags of heavy camera equipment heaped at my side, one arm resting protectively over them. I watched the young man, unable to train my thoughts on anything other than this man who had blotted out the reality of the day, magical and transforming. Beauty, especially so rare a beauty, can do that. The young man was an eclipse, his presence coming between myself and the reality of the day hurtling by outside train windows.

He had come in behind three foreign people, a bright counterpoint to their drab clothes, colorless, already wilting in the August humidity. They chattered to one another in a language unrecognizable, Polish maybe, and I was annoyed at their yammering, unable to block it out sufficiently enough to concentrate on the book I was reading, a biography of William Blake.

I almost didn’t notice him. It wasn’t like me to pay much attention to what went on around me, especially when I was preparing for a shoot. Usually I used the time on the train to set up the photographs I would take, the way I would manipulate light and shadow and how it fell on my models, to arrange the props, set up and test the lighting.

But something caused me to look up when the doors opened—perhaps I was struck by the dissonance created by the unknown language—and I saw him. Close-cropped brown hair, a bit of stubble framing full lips, a bruise fading to dull below his right eye. The bruise did not detract from the man’s beauty but served to enhance it, making of the rough features something more vulnerable. The bruise was the embodiment of a yearning for the touch of a finger, the whisper of a kiss. He wore an old, faded T-shirt with a Bulls logo, black denim cut off just above his knees, and a pair of work boots, the seam on the left beginning to separate. In spite of the workman’s garb, there was something intellectual about the man, an intensity in his aquamarine eyes that portended deeper thought.

At that moment, I made a decision. I don’t know what caprice seized me. I have always led an orderly life, completely without surprise. But when the train pulled to a stop and the young man stood, I acted on an impulse that was as sudden as it was uncontrollable.

My Review:
Gary Adrion is a young man of incomparable beauty, spotted on the “L” train in Chicago by an artist, Liam Howard, who specializes in holograms. Liam is a little older, and not as attractive as Gary, but Gary-a mostly solitary trust fund kid-is intrigued by Liam’s work and agrees to sit for a piece. The result is astounding, and Gary is so taken with it, that he makes an inadvertent bargain to remain as fresh and youthful as his hologram, no matter the darkness and depravity of his actions.

Well, over the years Gary gets pretty dark, and awfully depraved. Egged on by Liam’s dear friend, an outgoing drag queen known as Henrietta, Gary’s life takes some disastrous turns. He thinks he finds love, and throws it away on a whim–which leads to deadly results. Liam acts as Gary’s conscience, taking him to task when Gary will let him near, and that’s not a good situation, either. The further down this rabbit hole Gary falls, the more his hologram absorbs the horror of his actions, turning from an objet d’arte into a grotesque. Meanwhile Gary never seems to age a day. Friends turn bitter and enmity is rampant, even among his hangers-on. Gary delights in beauty, and it’s ultimate corruption.

This isn’t a romance, which I knew going in. There is some sex, but it’s written for shock value and the effect is chilling, not amorous. As we know from the Oscar Wilde classic, Dorian Gray–our narcissistic Gary–never fully redeems his soul, despite knowing that he must if he’s ever to find peace from the ghosts of people that have died as a result of his actions–directly or indirectly. There’s lots of drug use, and a seedy club-kid-type vibe for some of the book, and there’s horror. Death and murder are part of Gary’s path, and the only end is the dramatic one we all know is coming.

As a psychological thriller, I’d have loved just a little more insight into what happened during the large gaps in time the book spans. Some people seemingly come from nowhere, particularly in the end, and I know they were a part of that murkiness. I also got that Liam sensed Gary’s menace from their first encounter, but I didn’t see where that came from, as a reader. Gary is definitely shady, but I’d have liked to know how and why we knew that from the first pages. That said, as a retelling of Dorian Gray, I wasn’t disappointed.

Interested? You can find A FACE WITHOUT A HEART on Goodreads, DSP Publications, Amazon, Barnes & Noble, iTunes, and Kobo.

Click on this Rafflecopter giveaway link for a chance to win one of two haunting tales by Mr. Reed.
Good luck and keep reading my friends!

About the Author:
Rick R. Reed is all about exploring the romantic entanglements of gay men in contemporary, realistic settings. While his stories often contain elements of suspense, mystery and the paranormal, his focus ultimately returns to the power of love.

He is the author of dozens of published novels, novellas, and short stories. He is a three-time EPIC eBook Award winner (for Caregiver, Orientation and The Blue Moon Cafe). He is also a Rainbow Award Winner for both Caregiver and Raining Men. Lambda Literary Review has called him, “a writer that doesn’t disappoint.”

Rick lives in Seattle with his husband and a very spoiled Boston terrier. He is forever “at work on another novel.”

Continuing on with my pre-Halloween SPOOKTACULAR, I’m offering up a horror novella. I’ve reviewed a lot of Urban Fantasy and vampires and even work on reapers and Satan’s son…

But this one is a killer-thriller. 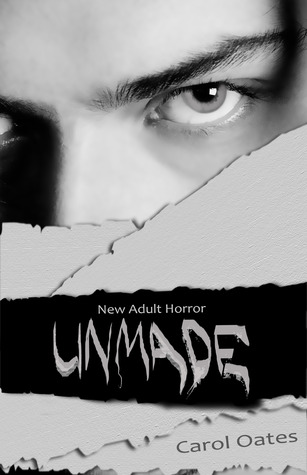 On prom night Lincoln Dowling attempts to save a wounded dog–and is struck by a car. His prognosis is bad–traumatic brain injury with days to live–and his mother seeks the help of renown neuroscientist, Dr. Matthew Baker, to save her only child.

Mrs. Dowling and Dr. Baker have a past–as in they were lovers years before–and Dr. Baker agrees to help, knowing that he saves the child of his rival.

Lincoln’s recovery is astounding. Within a year of the accident he’s fit and healthy, but his personality is changed. He’s no longer the fun-loving, gentle young man who’d save a wounded dog. Now, he’s agitated and aggressive at times, plagued by nightmares of a clawed creature tearing his friends to pieces. Soon these nightmares become reality. Kids are dying. The children of any person who ever wronged Dr. Baker way back in high school, in fact.

As Lincoln struggles to find the answers to the murders locked within his dreams, he’s sure the ‘cure’ he’d been given wasn’t worth the price he’s paying.

The resolution leaves the reader satisfied with a delicious Bradbury-esque twist.

UNMADE is a new release and cheap–$.99 at the e-tailers.

If you check it out, don’t forget to tell me if it gives you the creeps, too!

And, as always, keep reading my friends.