Catch my review below and be sure to enter the giveaway for a $25 Amazon GC! 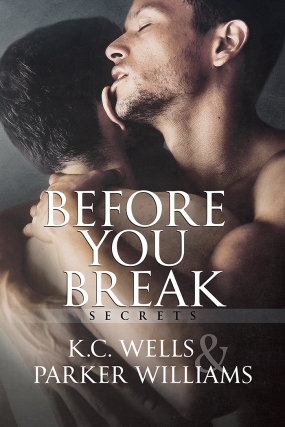 About the book:
Six years ago Ellis walked into his first briefing as the newest member of London’s Specialist Firearms unit. He was partnered with Wayne and they became fast friends. When Wayne begins to notice changes—Ellis’s erratic temper, the effects of sleep deprivation—he knows he has to act before Ellis reaches his breaking point. He invites Ellis to the opening of the new BDSM club, Secrets, where Wayne has a membership. His purpose? He wants Ellis to glimpse the lifestyle before Wayne approaches him with a proposition. He wants to take Ellis in hand, to control his life because he wants his friend back, and he figures this is the only way to do it.

There are a few issues, however. Ellis is straight. Stubborn. And sexy. Wayne knows he has to put his own feelings aside to be what Ellis needs. What surprises the hell out of him is finding out what Ellis actually requires.

My Review:
Ellis Mann had a solid member of the Specialist Firearms Unit in London’s police force for the first five years of his tenure, but the past year has been tainted by impatience, aggressive behavior and downright dangerous risks. His partner on the force and best mate, Wayne Dwyer, has noticed Ellis’ downward spiral, and knows that Ellis is going to get himself fired, or worse killed, if he doesn’t get his act together. Wayne has been out and proud his whole career, his whole life, and their workmates all know and don’t care–but Wayne’s had a special affection for Ellis since he came on the force.

He’s damned attracted, and that’s rough because he knows Ellis is straight. The Dom in Wayne knows he could fix Ellis’ struggles, if only he could reach him…

Learning that Wayne wants to help him overcome his family’s inconsiderate treatment and demands, as well as his work struggles by taking him as a sub, however, now that’s a walk too long for Ellis. He’s not a weak man! But Wayne’s offer is tantalizing and becomes one of few outlets available to help right his ship after an incident leaves Ellis suspended.

There are speed bumps, however, as Ellis has real troubles with his dysfunctional family. He has zero boundaries with them, and that has led to his professional and personal issues. Wayne steps in strongly, though, and vows to be at Ellis’ side each step of his journey toward a healthier life–together. I loved getting to know Jarod and Eli (DOM OF AGES) and seeing them find such love and enjoyment in their new club, Secrets. Jarod is a great sounding board for Ellis, and their friendship is a lovely addition. For readers who enjoy real relationship-building and considerate BDSM, I think BEFORE YOU BREAK would be a book to not miss.

Interested? You can find BEFORE YOU BREAK on Goodreads, Dreamspinner Press, Amazon (US & UK) Barnes & Noble, iTunes and Kobo.

Click on this Rafflecopter giveaway link for your chance to win a $25 Amazon GC.
Good luck and keep reading my friends!

About Parker Williams:
Happily Ever After Comes With A Price Tag. Parker Williams began to write as a teen, but never showed his work to anyone. As he grew older, he drifted away from writing, but his love of the written word moved him to reading. A chance encounter with an author changed the course of his life as she encouraged him to never give up on a dream. With the help of some amazing friends, he rediscovered the joy of writing, thanks to a community of writers who have become his family. Parker firmly believes in love, but is also of the opinion that anything worth having requires work and sacrifice (plus a little hurt and angst, too). The course of love is never a smooth one, and Happily Ever After always has a price tag.