Hi there! Today I’m sharing a review for the final book in Keira Andrew’s Amish Love series, A WAY HOME. I’ve previously reviewed A FORBIDDEN RUMSPRINGA and A CLEAN BREAK, and I know these books have made an impact on me, not only because they are enjoyable. I really dig books that teach me a bit about another culture, and I can safely say I’ve gotten an insiders peek into Amish life. It is fascinating!
(These are adult reads, and are NOT about religion, only how religion is part of the lives of these men.) 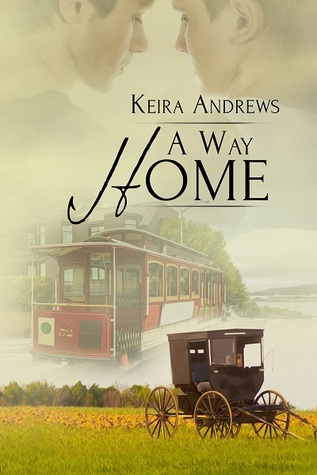 About the book:
Will returning to their Amish roots renew their faith in each other?

Isaac and David never thought they’d go back to the Amish world. But when Isaac’s younger brother is stricken with cancer, they don’t hesitate to return. Their relationship is on the rocks after insecurity and fear drove a wedge between them in San Francisco, and David is determined to make things right. Yet if they thought navigating “English” life was confusing, being back in Zebulon is even more complicated.

Their families are desperate to bring them back into the fold, and pressure from the community builds. Isaac and David yearn for a future together, but each day it becomes harder to hide the truth about who they really are. They’re caught between two worlds, and if they’re not careful it could tear them further apart.

Can Isaac and David make their way back to each other—and find a place to call home?

This is the final chapter in a trilogy of forbidden Amish love.

My Review:
This is the third book in a series. It is recommended that you read in order.

To sum up the series: David and Isaac are two young men from a sheltered Amish community in Zebulon, MN. They had left to find a life together because they are gay and closeted, and can’t persist in the Amish life as gay men. After several months living in San Fransisco with Isaac’s shunned brother, Aaron and his wife Jen, they have some issues to resolve including alcoholism and fidelity.

In this final book, Aaron and Isaac have traveled to Zebulon to provide blood samples for matching to their younger brother, Nathan, who is suffering an advanced nasal cancer. Isaac feels guilty that he didn’t complain about Nathan’s awful snoring when he still shared a room/bed with him–before he left–fearing that his complaints may have caused earlier detection.

Aaron is distraught because he has missed his family for the past decade, and his parents will not speak directly to him, nor will they let him visit his siblings, except Nathan, who is hospital-bound.

David was left behind in San Fran because he was AWOL at the time the summons came, having had a big fight with Isaac and a drunken binge that left him unreachable. Jen helped to clean him up and get him on the way, but he and Issac have a lot to resolve, not the least of which is the status of their relationship. Plus, returning to Zebulon means confronting his choices with his mother and five younger sisters that he had cared for since his father’s death years before.

If you have followed this series, you will note that this final installment is less on the sexytimes and more on the emotional minefield in which Isaac and David find themselves. At every turn they are begged, cajoled and threatened to give up their “English” ways and return to Amish life. They struggle with the desire to have some connection to their families and still be able to life their true life, as gay men.

I was glad the betrayal aspect which remained from the previous book was quickly, and appropriately, resolved. As with any relationship, there are bound to be growing pains, and David and Isaac must acknowledge their shortfalls to each other in order to build a better life going forward.

I have been charmed by David and Isaac throughout this series, and was no less so in this final installment. I was SO GLAD to see their unsettled feelings regarding Zebulon resolved, and to know that life will go on in the positive direction.

The attitudes of the fictional Amish in the book feel accurately rendered and likely, which is both good and frustrating. Good because it lends an authenticity to the story. Frustrating because they are incredibly intransigent, and this causes a lot of heartache. Shunning is the worst kind of “tough love,” an extreme type of emotional manipulation, and while I can understand it, I do not want to condone it, like it or promote it. Still, I felt it, and Like Aaron, Isaac and David, I didn’t want to feel it ever again.

Interested? You can find A WAY HOME on Goodreads, Amazon, Barnes & Noble and AllRomance. 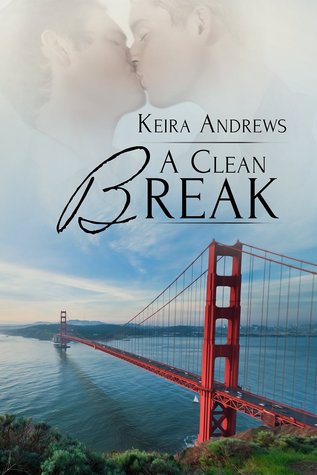 The second book, A CLEAN BREAK, is told from David’s point of view, and it’s a big departure from what I expected. Me, with my moony love for love, thought it would be a hope-filled book with tons of joy and hearts and flowers. The reality is a much better story. It is a struggle for David to adapt to his new life, a life of dependence upon Isaac’s brother, Aaron. David has never been able to lean on anyone, and he wants desperately to take care of Isaac, plus he’s distraught over leaving his mother and sisters behind, to fend for themselves. His worries turn into anxiety and panic attacks which he medicates with alcohol. It’s got a lot of love, but there is a whole lot of growth and change that both Isaac and David must endure in order to make their path in the strange landscape of San Francisco. It is a remarkable story that will resonate. Check out my review for more information.

3 thoughts on “They Found A WAY HOME–My Review”