Hi there and welcome to my stop on the tour for the Gryphon Series by Stacey Rourke sponsored by AToMR Book Tours. For other stops on the tour, click here. Because there are four books in the series, I’ve attached links to my Goodreads reviews–and just a snippet of my overall impressions to give you a flavor of the series. (Otherwise this post would be fo-eva… long!)

All 18-year-old Celeste Garrett wants is to head off to college and make those fun, yet ill-advised, choices college kids are known for. And maybe to spend some time with the hot cameraman she just met. Instead, because of a pact her ancestors made in the 17th century with a mythical creature, she has to save the world.

While normal kids are slamming energy drinks and cramming for exams, Celeste will get her adrenaline rush fighting a fire breathing dragon. She wants to meet friends in the quad to exchange lecture notes, but first she must exchange blows with a shapeshifting demon on the rooftop. Life isn’t always fair for a superhero, but at least she doesn’t have to do it alone. With her brother and sister as sidekicks, they alternate between saving lives and getting on each others’ nerves. Together the trio encounters unspeakable odds, mystical forces and comes face-to-face with an image that will haunt them forever—their grandmother in a leopard print bikini. 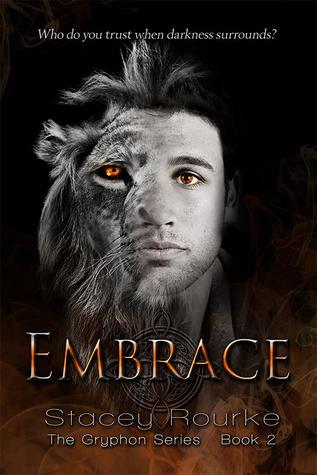 Whether she likes it or not, eighteen year old Celeste Garrett has come to terms with being the Chosen One. She knew having a “normal life” would be tricky, between intense training sessions and epic demonic battles, but she didn’t know at what cost it would come. That is, until a dear friend is harmed by the malicious forces hunting her.

Now, she’d like nothing more than to retreat into a hermit lifestyle to prevent anyone else from getting hurt. But startling revelations, amazing new abilities, and mortifying moments in front of insanely hot guys won’t allow time for that. Soon, Celeste finds herself surrounded by darkness and wondering who she can trust—if anyone. 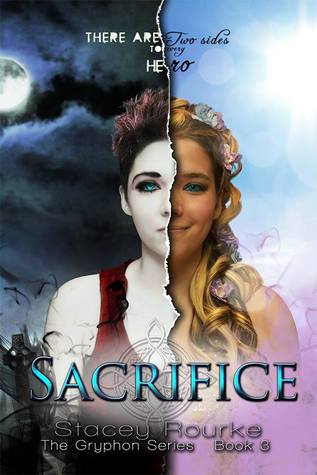 Celeste Garrett has finally found a happy balance in her life as the Chosen One, thanks in large part to a certain hunky Irishman. But if there’s any lesson she should heed since receiving her calling it’s that everything can change in the blink of an eye. Soon a terrible new threat, unlike anything she’s ever encountered, causes her to make a gut-wrenching choice that will strip her of someone she holds dear.

As much as she’d like to have a pity party for one, there’s no time for that now because wedding bells are ringing in Gainesboro! In between dress fittings and rehearsal dinners Celeste will have to fend off attacking demons and leering pirates. As if the Dark Army wasn’t scary enough our heroine is faced with the horrifying trauma of attending a bachelorette party with her mom and watching Grams do Jello shots. Is a walk down the aisle even possible for a member of the Garrett family when the Dark Army is out to destroy them? More importantly, will the Dark Army Glee Club sing at the reception?

Raise your glass to the happy couple, and get ready for a wedding…Conduit-style. 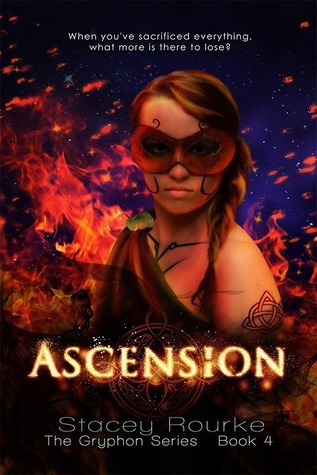 The turning point of the Gryphon saga is at hand …

Battle looms. Three unstoppable forces prepare to clash in a colossal explosion that could wipe Gainesboro off the map. Fate and a sacred calling have landed nineteen year old Celeste Garrett in the middle with nowhere to run.

Her trust wavers as she uncovers dark secrets of the Council, powerful enough to test her loyalty and turn her against those she swore to protect. Playing to the longing of her heart, a malevolent enemy uses her weakness against her to form an alliance.

With the trumpets of war about to sound, which side will the Conduit choose, and who will be left standing?

Having read books 2, 3, and 4–I’ll tell you I just really enjoyed the series. It’s a fast-paced imaginative adventure that pits a down-to-Earth gal against the forces of evil. Celeste didn’t choose this fate, but she embraces it, works with it, struggles through it and in the end more than survives it.

It’s a great read with epic battles and a plucky heroine whose deadpan humor often made me laugh out loud. I highly recommend it for YA readers–and though it’s technically got a romance, I’d give it 3 bars of Dial soap for being so squeaky-clean.

RONE Award Winner for Best YA Paranormal Work of 2012 for Embrace, a Gryphon Series Novel.

Young Adult and Teen Reader voted Author of the Year 2012.

Stacey Rourke is the author of the YA Fantasy Gryphon Series and the nonfiction autobiographical I’m Not Crazy, I’m on Lupron; a Journey Through Infertility. She lives in Michigan with her husband, two beautiful daughters, and two giant, drooly dogs. Stacey loves to travel, has an unhealthy shoe addiction and considers herself blessed to make a career out of talking to the imaginary people that live in her head. She is currently hard at work on the continuations of the Gryphon Series as well as other literary projects.

3 thoughts on “The Gryphon Series by Stacey Rourke–Reviews and Giveaway!”