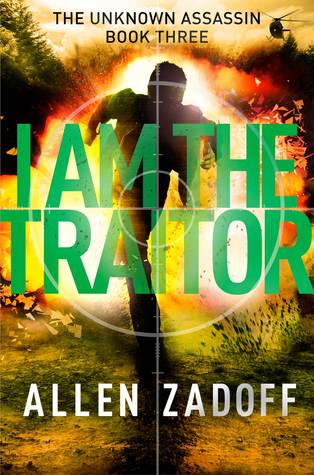 Hi there! Couple of weeks ago I crushed hard for a teenaged assassin who had five days to kill the mayor of New York. Well, Zach’s back in Allen Zadoff’s sequel–I AM THE MISSION–and this time he’s meant to kill the head of a ultra-conservative running a military training camp for teens. Yikes! 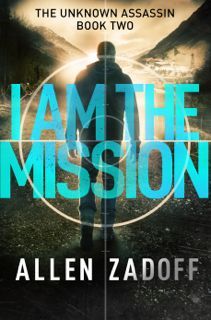 He was the perfect assassin. No name. No past. No remorse. Perfect, that is, until he began to ask questions and challenge his orders. Now The Program is worried that their valuable soldier has become a liability.

And so Boy Nobody is given a new mission. A test of sorts. A chance to prove his loyalty.

His objective: Take out Eugene Moore, the owner of an extremist military training camp for teenagers. It sounds like a simple task, but a previous operative couldn’t do it. He lost the mission and is presumed dead. Now Boy Nobody is confident he can finish the job. Quickly.

But when things go awry, Boy Nobody finds himself lost in a mission where nothing is as it seems: not The Program, his allegiances, nor the truth.

The riveting second book in Allen Zadoff’s Boy Nobody series delivers heart-pounding action and a shocking new twist that makes Boy Nobody question everything he has believed.

My Review:
Sometimes sequels disappoint. Not this time.

Zach is emotionally scrambled after his last mission. Being an isolated human isn’t as fulfilling as it had been, and his doubt draws him to get close to others–to their detriment. His brief “lose himself in humanity” experiment nearly backfires when Father–his male contact and advisor with The Program–tracks him to a boys camp in the northeast. Tense doesn’t begin to describe the confrontation.

Zach’s loyalty to The Program is being tested. If he accepts the mission, he’ll have one chance to neutralize the threat–a single meeting with Eugene Moore at a recruitment event for Moore’s Camp Liberty. Under no circumstances is Zach supposed to enter Camp Liberty–a place where all communication is monitored and where a previous Program operative disappeared four months prior.

Posing as disaffected teen “Daniel”, our determined assassin watches as his one chance to prove himself to The Program slips away before he can get within striking distance. Then, he’s given the opportunity to spend the night at the camp and check it out for himself. Against his mission directive, Daniel does.

Having made it past the first levels of security, Daniel scopes chances to hit his target–they aren’t great, but Daniel has infiltrated the inner sanctum by befriending Moore’s teen children: Lee and Miranda. Moore’s bodyguard, Francisco, isn’t letting Daniel close, however.

Drawn in, Daniel goes on a couple of practice missions for Liberty–and he sees how very dangerous the man, and his camp of paramilitary teens, can be up-close and very personal. Trouble is, Daniel can’t reach his “parents”. Every chance he tries to make contact with The Program is a failure. Cut loose, Daniel reaches out to the one and only real friend he’s made in four years, a teen hacker named Howard.

This pair makes sense of the chaos the mission has become. Especially when hitting the target only escalates the danger.

I thoroughly enjoyed Zach/Daniel and his handling of the mission. He was constantly compromised, and didn’t waver for a second. His loyalties were tested completely–Francisco nearly killed him, not to mention all the snipers and “clean up” teams dispatched, and yet Zach/Daniel kept his cover and his focus. Sure, he had to call in Howard, but that (for me) signaled a level of maturity in his development. The cracks exist, however. Zach isn’t the killing machine The Program intended. Well, perhaps he is, but he’s not a mindless killing machine who simply follows orders.

Sure, he’s got skills, but he’s not prepared when he meets another operative in the field. Particularly, when Zach learns Moore knew he was an operative and accepted him into Camp Liberty in order to convert him to their cause. We see Zach’s thought processes clearly: he’ll soon be too old to be a teen assassin, and then what? What will The Program do with him? Disposal? Because it seems likely considering how efficiently they have wiped his access and left him to fend for himself. Camp Liberty holds Zach’s skills in high regard–he’d have a place of honor, and the companionship he now desires. Lee could be a real friend, and Miranda’s interested in more than that….

And, what is Mike doing? The guy kills Zach’s family and recruits him into The Program, but it seems Mike works off the grid just as much as on. He was The Program’s first operative, yet, Mike’s presence is that of an ally in a way Zach hadn’t expected and isn’t sure he can trust. Especially when Howard’s life is on the line.

Oh, and domestic terrorism, Boston bombings, and Taser-torture. So, yeah–super intense. Bit of a YA Bourne series, which is a bit of alright, in my book.

Interested? You can find I AM THE MISSION on Goodreads, Amazon, Barnes & Noble and probably six dozen other outlets. Even your library. I read an advance review copy via NetGalley. This is my honest review.