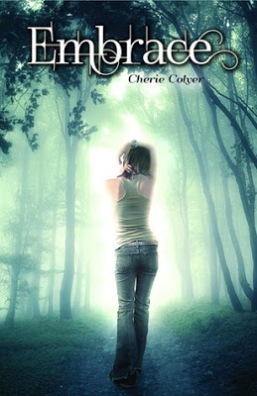 Embrace (The Embrace Series #1)
by Cherie Colyer
Release Date: 12/20/11
Omnific Publishing
Summary from Goodreads:
Madison is familiar enough with change, and she hates everything about it. Change took her long-term boyfriend away from her. It caused one of her friends to suddenly hate her. It’s responsible for the death of a local along with a host of other mysterious happenings. But when Madison meets a hot new guy, she thinks her luck is about to improve.

Madison is instantly drawn to the handsome and intriguing Isaac Addington. She quickly realizes he’s a guy harboring a secret, but she’s willing to risk the unknown to be with him.

Her world really spins out of control, however, when her best friend becomes delusional, seeing things that aren’t there and desperately trying to escape their evil. When the doctors can’t find the answers, Madison seeks her own.

Nothing can prepare her for what she is about to discover.

Dangerous, intoxicating, and darkly romantic, Embrace is a thriller that will
leave you spellbound.

Excerpt:
He had a large mix of alternative and rap music, and mostly male singers, so when I hit a country CD with a blonde on the cover I held it up.
“Taylor Swift?” I asked.
“What?” A red flush crept into his cheeks. “I had a crush on her.”
I looked at the cover. Maybe that was his secret. Maybe he was into blondes. What if I was an experiment to see if they really did have more fun? My dark chestnut hair was about as far from Goldilocks as it could get.
He reached for the CD, but I raised my arm over my head before he could grab it.
“I was young,” he said, lunging forward and missing my hand.
“And you’re so old and wise now,” I teased, moving the CD behind my back.
He grabbed for it, his body practically on top of mine as he tried to catch my hand. I leaned back, laughing.
“Maybe we should play it,” I said, squirming to keep him from being able to reach it.
He wrapped an arm around my back, pulling me closer. “Let’s not.”
We were a jumbled mass of arms and legs. His belt buckle rubbed the bare skin of my stomach, and his neck was in perfect kissing distance. My gaze traveled to his lips. His close proximity had me forgetting I was winning the game of keep-away…

Check out the nifty order buttons! 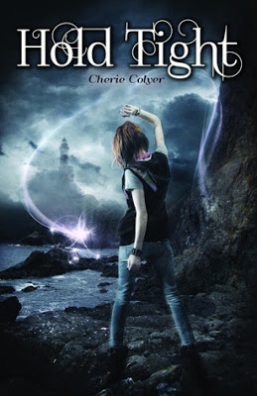 When you’re new to magic, one spell can be the difference between getting what you want…and ruining the lives of everyone you love.

Sixteen-year-old Madison has just embraced her magical powers. The trick now is learning how to control them. She and her boyfriend-and fellow witch-can’t even enjoy a simple kiss without getting shocked when their powers collide. Instead of mastering her new skills, though, Madison is stuck watching her kid brother and doing chores.

But being a witch does have its benefits. With a simple spell, Madison instantly conjures the help she needs around the house. Or so she thinks. Her idea of “help” invites trouble of its own as a pair of dangerous yet enticing beings enter her life. When a classmate disappears soon afterwards, Madison discovers she’s the next victim of a threat she’s powerless to resist…and
there’s nothing it won’t kill to make her surrender.

Caught in the crossfire between two dashing but deadly creatures, Madison must figure out which one to trust and how to rid her world of the other—before one of them destroys her and everyone she cares about.

Excerpt:
“Does it hurt?” My fingertips lingered on the smooth, pearly white scar on Isaac’s chin.
We sat on the couch in his family room, me straddling his lap. He brushed a stray strand of hair out of my eyes with his thumb.
“No.”
“It’s cold,” I said, amazed that the skin there never warmed to match the rest of him.
“You really want to talk about my scars? I have one on my side too.” He lifted his shirt, revealing a salmon-colored blemish along his lower ribcage. “I got this one jumping a fence when I was nine. Didn’t quite make it.” He pulled the waist of his jeans down next, just low enough for me to see the rope-like muscles that ran alongside his hip bone. “And I got this one when I was eleven. Tried jumping my bike over one of those workhorses. Back tire caught on the orange light. Bike stopped; I didn’t. Flew right over the handlebars. I have another one on my thigh.” His fingers went to the button on his jeans.
“I’ll take your word for it,” I said, my hand catching his.
My cheeks grew warm, and his gaze moved to my lips.

You can pick it up at all these locations: 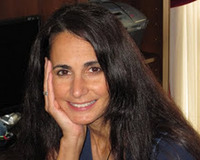 A little about myself: I write young adult and middle grade novels. I love finding new stories that keep me up late reading. While my favorite genre is fantasy, if the book is beautifully written with characters that come alive I’m all over it.My debut novel EMBRACE is now available from Omnific Publishing. 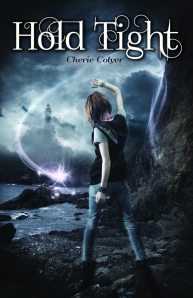 Witches and Faeries and Demons, oh my!

HOLD TIGHT, a fast-paced, YA paranormal romance, runs the gamut from steamy romance to chilling suspense. Cherie Colyer’s sequel to EMBRACE makes one point clear:  paranormal male leads have got it going on!

As a new witch, Madison needs to learn how to control her powers.

Every time she kisses Isaac the magic within her strikes out. Bam! And folks, electro-shocked lips are NOT attractive.

Unfortunately, with schoolwork, household chores, and caring for her younger brother Chase while dad works, Madison’s practice time is next-to-nil. And she’d like to really kiss Isaac—preferably without the painful burns.

So she steals a spell from Isaac’s book. Just a small one. To summon a helper faerie.

This simple, selfish act unleashes the biggest karmic ass-kicking Madison could have ever imagined.

At first she thinks all is okay. A beautiful faerie arrives and cleans her house. Madison even befriends Brea—lending her clothes so she can explore the human realm. But Brea didn’t arrive alone. Her brother Reed came, too. And Reed wants Madison—badly. See, getting Madison to choose him over Isaac would be Reed’s ultimate revenge after their stand-off months before.

Reed’s plan is simple:  trick Madison into consuming addictive Fae food and then yank her off to the Faery court…forever. Fighting off Reed’s advances requires all of Madison’s strength and Isaac’s ingenuity.  But, Reed didn’t settle for a single-front attack, he’s tempting Chase as well. Madison realizes this just before crashing the family car and injuring Chase. In desperation, Madison enlists the aid of a crossroads demon to save her brother’s life.

Reed’s seduction of Madison escalates and her coven’s attempts to expel him are fruitless. Will Madison have no choice except to leave her family and love behind?

By holding tight to those she loves, Madison develops the strength to defeat Reed.

HOLD TIGHT is out TODAY!

You can pick it up at all these locations:

And, as an added bonus, EMBRACE is reduced to $.99 for the release! You know how much I love a bargain! 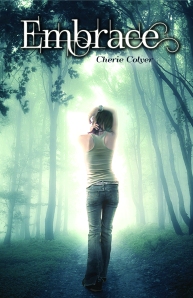 How can a normal girl escape paranormal enemies?

In Cherie Colyer‘s EMBRACE, Madison Riley is facing the worst junior year ever.

Her boyfriend moved away, her classes stink, and she has to babysit her little brother all the time. But new-to-school, dreamboat Isaac seems to be interested…Very interested.

Still, it’s hard for Madison to enjoy her new romance when her BFF Kaylee is nearly killed in a car wreck  and then suffers psychotic episodes. No. Something is definitely wrong in Essex County.

Plus, longtime pal Paige is sincerely encroaching on the Isaac Territory.

Madison seems at the end of all things sane when she finally realizes things AREN’T sane. There is no way Kaylee could be so out-of-her-mind that she’s trapped in the psych ward.

Thing is…Madison knows all of this is wrong. And it’s Isaac who clues her in.

And, perhaps Madison does, too. If she really digs deep Madison might just find out that she’s a force to be reckoned with. It’s a power she needs to embrace.

Good thing for Kaylee, she does.

EMBRACE, a YA paranormal romance, really hits all the notes. Lost loves, New Loves, BFF’s, Teen Angst, and that soul searching feeling that all teens face. Madison takes each step with caution and this makes her a heroine in my eyes because she uses reason and intellect to solve her problems.

There’s a few chances to win EMBRACE for yourself:

Or, you can pick it up in the usual places:

The sequel, HOLD TIGHT, will drop to the outlets August 20th. I’ll have a review up, but I thought a teaser might be in order…

If you check out EMBRACE, don’t forget to let me know what you think in the comments!