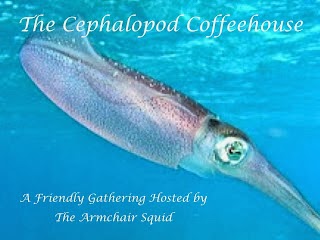 As usual I read a killer ton–thirty books, I think. Most I reviewed for my blog, a few for NetGalley, the others for my own guilty pleasure…

I also considered Backstage Pass by Olivia Cunning–the first of her uber-steamy Sinners on Tour series–which delivers EXACTLY what the tagline of the book promises: Love, Sex and Rock-n-Roll.

But I think I’ll go with Darynda Jones’s FIFTH GRAVE PAST THE LIGHT. This is the newest installment of the Charley Davidson series. I reviewed First Grave on the Right last month in my Halloween Spooktacular of paranormal romance features, and the fifth book in the series is not a let down.

If anything, I’m trying to locate the lovely Ms. Jones’s net server so I can hack in for her e-galley of the next book in the series.

Because she–somehow–made a gal raised in a christian home fall in love with the son of Satan.

That’s right. I love her super-Alpha love interest Reyes Alexander Farrow. I may have some competition from Charley, but hey…

Here’s what happens. Charley is a reaper–actually the only living one in existence. Her humor is Outer Limits–I crack up reading her deadpan observations–which takes a bit of the “grimness” out of her reaper duties: being a portal through which the dead cross into the afterlife. When they pass through her, she absorbs some of their memories. Communicating with the dead is handy for Charley’s private investigator work. Especially when she helps her uncle solve crimes in his job as a Detective for the Albuquerque PD.

In this book, Charley’s longstanding attraction to Reyes Farrow is tested to the limit. See, Reyes has moved into her building–right next door. And he keeps leaving her these sexy Post-its telling her to come over. Charley would like to–but she’s nervous. First, as the son of Satan Reyes may be able to lead Lucifer’s army straight into Heaven by breaching Charley’s portal. Also, Charley suspects Reyes is behind a string of arsons that inexplicably have destroyed every dwelling Reyes ever shared with his sexually abusive step-father. Places where photographic evidence of Reyes’ molestation had been hidden in the walls…

At her core, Charley is an honest soul. She won’t hesitate to turn Reyes in if he’s a criminal. As she isn’t sure, she continues to search for evidence. In the meantime she and Reyes share some heated (read: smoking hot) encounters. Because–did I mention he makes me swoon?–he’s delicious. Intelligent, strong, virile, compassionate and head-over-heels for Charley without losing his magnetic charisma.

In the midst of her Reyes-confusion, Charley works on solving a newly-discovered serial killer case. She follows a few dead leads, and aids nearly thirty lost souls to find their eternal rest. Her discovery of the arsonist seemed more obvious (to me) but handily removes the tension betwixt herself and Reyes. It seems Charley’s life will move to the next level with Reyes into Happily Ever Land–until she’s kidnapped by a maniac.

The book ends with an arrangement I hope Charley will not refuse–even if it means the end of civilization as we know it.

These books are housed under Mystery at my library–only because they don’t have a “Smoking-Hot-Dead-Funny-Paranormal-Romance-Mystery” section in the stacks. If you’re interested, schedule some vacation time and read this series from the start. I think you’ll lose sleep. I know I have.

You can find these books at Goodreads, Amazon, Barnes & Noble, booksellers worldwide, or any library system worth its bricks.

If you check these out–let me know what you think in the comments.