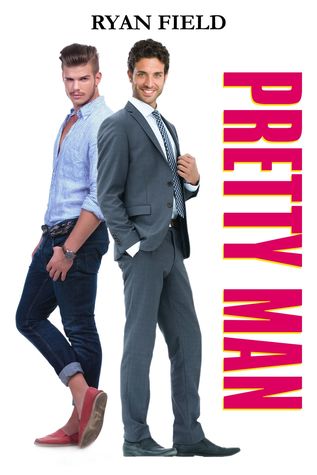 About the book:
Roland Marcus—rich, handsome and pushing 40—is still not over the fact that his 20-year relationship has ended, and desperately needs someone to distract him while he attends a bevvy of charity events in New York. With all eyes upon him, including his ex’s (who left him for a younger man), Roland accidentally bumps into a hot young guy in a used book store…a strapping male hustler whom he decides to hire for one week to accompany him to his social events. He offers him $5,000, with no strings attached, to just stand by his side and look pretty.

Josh Holden, a young guy who is helping to support his son and saving money to buy a business with his best friend and ex-wife, is only too happy to escort Roland anywhere he wants to go that week. And he’s not doing it just for the money…

Roland learns in less than a week’s time that his future can still hold both earth-shattering sex and a love of real substance.

Roland is a wealthy businessman whose lover of the past 20 years, Kenneth, had recently left him for a younger man. Despite being trim and eligible, Roland feels unsexy and unlovable as a result. He’s due to show up at Kenneth’s at the end of the week for some charity functions, and he wants some sexy eye candy on his arm to help bolster his emotions.

Josh is in his mid-20s. He’s divorced but still sharing custody of his young son with his ex-wife, who’s a sweet gal and Josh’s best friend. They both work as a bookstore, and want to buy it to save it from closing down, but neither has enough capital. Roland learns of their predicament, and he’s totally attracted to sexy and virile Josh, so he offers him $5000 to spend the week as his escort–especially to Kenneth’s society parties. Josh is down–and he’s willing to expand Roland’s sexual horizons is myriad ways.

If you are looking for a dewy-eyed monogamous love story…keep looking. Josh gets up to some very dirty business with Roland, sexying him six ways from Sunday. This includes barebacking, and sharing him with some hardbodied pals, and public sex in an East Village sex shop. Roland’s libido is on fire, and he knows that Josh’s commanding presence is the reason. Plus, Kenneth is all jealous, wanting a piece of Josh the moment they meet.

About the Author:
Ryan Field is a hybrid author of over 100 published modern romance novels and stories, including AN OFFICER AND HIS GENTLEMAN, FANGSTERS, THE RAINBOW DETECTIVE AGENCY and best selling VIRGIN BILLIONAIRE SERIES. RfieldJ@aol.com

One thought on “Falling For His PRETTY MAN–A Review”