Hi there! Today I’m sharing a cover reveal for a new contemporary M/M sports romance coming soon from Tara Lain. VOLLEY BALLS is the first book in her new series, and looks to be a yummy, competitive, sexy book!

The book releases January 11th, so catch the excerpt below and see if it piques your interest! 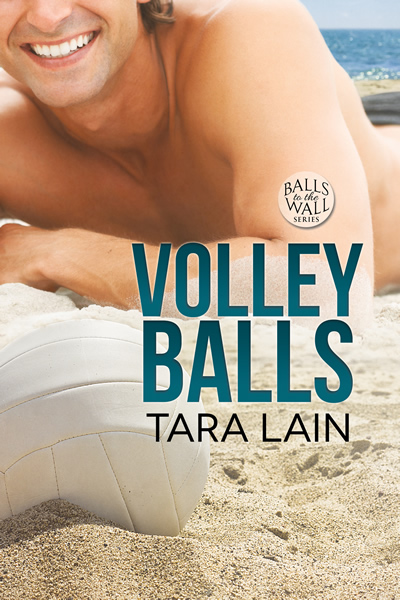 About the Book:
A double dose of alpha male might be better than one. Tara Lain’s popular novella, Volley Balls, is now expanded and revised.
Despite just getting out of an abusive relationship with an asshole alpha, David Underwood’s wandering glance lands on two hot members of the Australian volleyball team on Laguna Beach and gets him harassed again. Still, when the delicious Gareth Marshall proves his interest by coming out to his team, David succumbs to his attraction. But Gareth’s volleyball partner, Edge, who’s equally hot, makes the lovers’ lives miserable.

For Gareth, a lifetime of hiding his orientation—and his attraction—from his best friend, Edge, as well as everyone else around him, adds up to hurt and frustration. David’s the first man to ever compete with Edge for Gareth’s passion. But Edge has secrets of his own, and David’s ex-lover will never be happy without David under his fist. With everything stacked against him, can a gay Laguna man find happiness with an alpha male–or two?

As he approached the gallery, a figure stepped away from the building. He sucked wind, stopped, and slapped a hand over his heart. Shit.Not Phil. Not Phil. He swallowed hard.

The Aussie stepped closer. “Sorry to scare you. Are you okay?”

Couldn’t quite catch his breath. He nodded, but his inhale sounded in his ears.

“Jesus, I’m sorry, David. I keep fucking this up. I should just leave you alone like you asked me.” He shook his head, turned, and started walking away down Forest.

The guy stopped and turned. “Yeh?” The word turned up on the end—hopefully.

“I have to give you points for not giving up. After me being such a shit and all.”

“I deserved it. I just—” He shrugged. “—don’t have much experience. None with guys, you know? I’m pretty bad at it.”

“You guarantee you’re not an ax murderer?”

The guy’s perfect lips in his perfect face turned up. “Do American ax murderers admit their profession? Must make policing damned easy.”

“Yep. All the cops are busy eating donuts as we speak.”

“So no, I’m not an ax murderer.” His face sobered. “Or anyone who means you harm.” He extended his hand. “Hello. I’m Gareth Marshall.”

David shook his hand. Big. Very callused. Very warm. “Okay, Gareth.” David crossed his arms. “What’s a nice guy like you doing with a homophobic asshole like that big blond?”

All kinds of emotions flashed across his face—anger, hurt, and embarrassment seemed uppermost. “He’s my volleyball partner.” He took a breath. “And actually my best friend.”

David frowned. “So he harasses every other gay guy, but not you?”

“Uh, sorry to tell you, but in the dictionary where it says ‘best friend,’ it says ‘guy who you tell all your secrets to.’”

“I know. But we’ve been friends since we were kids. He thinks he knows everything about me.”

Gareth did that shrug thing. “A few.”

“So where do we go from here?”

He flashed a slightly saucy smile. “Where do you want to go, mate?”

“You’re the one lurking in doorways.”

I’m intrigued, to say the least! Gareth sounds like he’s got some big secrets and problems to resolve.

Interested? You can find VOLLEY BALLS on Goodreads, and pre-order it on Dreamspinner Press. The book releases January 11th. 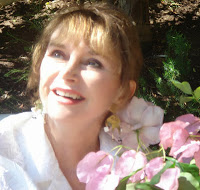 One thought on “Cover Reveal for VOLLEY BALLS by Tara Lain”