Make sure to pop down and check out the excerpt and enter the giveaway below. 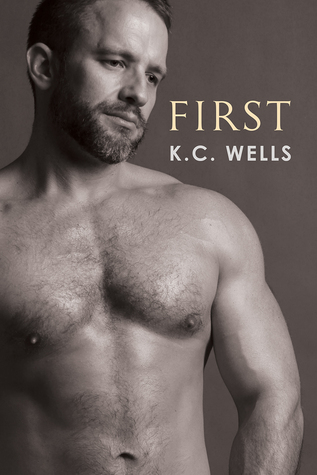 About the book:
It’s taken Tommy Newsome a while to get his head around being gay.

Growing up in a small town in Georgia, hasn’t prepared him for the more liberal life of a student at the university in Athens. Add to that the teachings of his parents and his church, and you have one shy young man who feels out of his depth. Working on his daddy’s farm hasn’t given him any chance of a social life, certainly not one like the clubs of Atlanta have on offer. Not that Tommy feels comfortable when he gets to sample it—Momma’s lectures still ring loudly inside his head.

All that changes when he goes to his first gay bar and sets eyes on Mike Scott.

When Mike’s not behind the bar at Woofs, he’s busy with his life as adult entertainer Scott Masters. Twenty years in the industry and the times, they are a-changing. Mike’s not had much luck in the relationship department, but as his mom is fond of telling him, you keep fishing in the same pond, you’re gonna reel in the same kind of fish. Maybe it’s time for a change.

And then a beautiful young man asks Mike to be his first….

“I see your stalker’s here again.”

“Huh?” Mike frowned. “What are you talking about now, Kev?” He concentrated on the drink order for Dave and his friends over in the corner.

Kevin grinned and flicked his head toward the rear of the bar. “You know exactly who I’m talking ’bout. Mr. Cutie Pie over there with the muscles. Y’know, the one who’s been sitting on that barstool every Saturday night for the last five weeks?” He arched his eyebrows. “Don’t give me that ‘butter wouldn’t melt’ act. I seen you looking.” His grin widened. “G’on, tell me I’m wrong.”

Mike wasn’t about to give him the satisfaction. “You’re wrong,” he stated emphatically.

Kevin stared. “Hell, you’re a poor liar.” Then his eyes gleamed. “In that case, you can take him his burger, tater tots, and Cherry Coke. Maybe you could even get him to say a few words beyond ‘Hey.’ ’Cause I swear that’s all I’ve ever heard out of that pretty little mouth of his.”

Mike snickered. “I think if I spoke to him, he’d piss his pants.”

Kevin guffawed and went off to the back of the bar. Inside Mike was cursing himself. He’d been careful not to glance too openly at the guy. Those queens he worked with were too damn good at spotting when one of them was taking an interest in a customer. And fuck it, he was interested in the painfully shy but so sexy young man who hadn’t said a word.

“And then there’s the fact that every time he comes in here,” Kevin continued, appearing beside him as if there hadn’t been a break in conversation, “I watch him look ’round the bar ’til he sees you.” That grin was still in place.

“Are you still going on about him?” Mike demanded. “Sure you’re not the one here who’s fixating?”

Kevin held up his hands. “I just call it like I see it. I think he’s only here to ogle you.”

“Well, he’s gonna be disappointed if he turns up in a couple week’s time, isn’t he, ’cause I won’t be here.”

Kevin’s brow furrowed. “Since when do you not work on weekends?”

“Since I’ll be in LA, that’s when.” Mike returned his grin. “Remember?”

“Oh, yeah, you’ve got a shoot. I’d clean forgotten.” He faked a sad face. “Aw, how you gonna cope without seeing that gorgeous bod?” He leered. “Then again, don’t worry your head about it. I’m sure me or Patrick can take care of him.” He waggled his eyebrows.

Mike groaned. “For fuck’s sake, just leave the kid alone, okay? He’s not hurting anyone.” Mike had seen enough to know the guy wasn’t going to be a problem. He preferred this quiet observation to the occasional gropings of fans when he made appearances at Hustlaball or Southern Decadence. The kid appeared to have good manners.

“Here’s his order.” Kevin handed him the tray containing the Angus burger, tater tots, and Cherry Coke. “I’m sure he’ll be delighted to get it from you.” That shit-eating grin just wouldn’t quit.

Mike shook his head and took the tray. He walked over to where the young guy sat, his eyes widening as Mike approached. “Here you go,” Mike said cheerfully, setting the food down in front of him.

The young guy blushed furiously. “Th-thanks.” He lowered his gaze and commenced picking at his tots.

Mike retreated to a safe distance and watched him while he ate. He liked the look of those wide shoulders, the reddish-brown hair, not too short, the barest hint of scruff on his jawline and those striking green eyes. His skin was creamy where it showed, which spoke of a lot of time spent covered up. With his coloring, that was understandable. But that body was speaking even louder to Mike’s dick, which was definitely interested, judging by the way it filled as he feasted on the delectable view before him.

His attention was forcibly drawn away when someone pinched his ass, good and hard.

“You are so busted.”

Tommy is a 19 y/o gay college student trying to step out of his closet. He grew up in a tiny, God-fearing town with parents who took him to church all the time. He has never watched porn, and has no interest in it, in drinking, or in casual sex. Still, he knows his urges are homosexual, and he fears his family’s reaction. (With good reason!) His roommate, Ben, is bisexual, but hasn’t told his parents, either. Still, Ben spends his Saturday nights in the gay bars hooking up as often as possible. He hooked Tommy up with a fake ID so he could go clubbing too, but Tommy’s more into the quiet life. So he goes to Woofs, a gay sports bar—where he’s stunned by the beauty that is Mike.

Mike can’t miss the Cherry Coke drinking corn-fed farm boy who takes the last stool at his bar every Saturday night for weeks on end. He’s mighty polite, and darn quiet, but he is an eye-catcher. Mike’s fellow bartenders, Kevin and Patrick, all want a piece of Tommy, but they can see he only has eyes for Mike. And, they work a bit of magic to keep Mike from making serious mistakes–like letting Tommy walk away.

When these two finally connect, it is so sweet. Tommy has confessed that he’s a virgin, and that he’s like Mike to be his first. He has no knowledge of Mike’s porn career, and that’s probably the only reason Mike agrees. Mike’s been propositioned uncountable times by fans, and he doesn’t need that pressure. Plus, there is something so absolutely irresistible about Tommy’s freshness. He’s been so sheltered in his life–his parents controlled his TV, radio and literature choices, in the meantime shaping a quiet, conscientious and compassionate man. He is nothing like the men Mike usually chooses, and that’s also refreshing.

The way this is dealt with is really excellent, however. Love had bloomed, and Tommy’s not sure what to do now. Can he deal with it? Should he have to? Expect a lot of tears, and some well-placed advice from seasoned bartenders.

Or maybe that was just me.

I gotta have more of these peeps, so I’m hoping to see a Ben book, or even a Kevin + Patrick book down the pike… Just sayin’!

Click the Rafflecopter link below for your chance to win a signed copy of FIRST.
a Rafflecopter giveaway
Good luck and keep reading my friends!