Hi there! Today I’m sharing a YA book from Trina Sotira, an author a met a few weeks ago at a book signing. IN HER SKIN introduces us to Tirzah/Troy a male-identifying transgender teen, who desperately wants to find love with his best friend, Heidi.

Now, please, I am no expert on transgender issues. If anything, I am sympathetic and wish to understand more. I admit naivete to transgender persons in my childhood, but watched BOYS DON’T CRY in my twenties. The poignancy of the pain of discrimination, the brutality, and the lack of connection chilled me.

Over the years, because I embrace human equality as a concept, I found myself without qualms whenever faced with transgender issues in the media and my own life. Earlier this year I watched the moving Youtube presentation of Ryland Whittington and began to realize that transitioning children seem to know very early on that they are in the WRONG body, and swift parents can be a real help to their kids–perhaps save their lives.

Last year one of the contestants for Miss Universe was a TG woman, and there is a rise in androgenous and TG fashion models, most recently Andreja Pejic came out as a TG woman. So, slowly, TG persons are finding a place in society–I hope that mainstream acceptance will become the new normal soon, before more lives are lost. 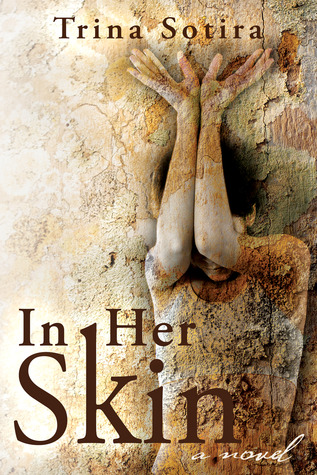 About the book:
Tirzah would do anything to cover up her girl body: duct taping her chest, dressing like a guy at the skate park, even changing her name. But two things are holding her back from transitioning into an all-male body: her best friend Heidi and a full-ride soccer scholarship. And when Heidi’s family disapproves of Tirzah’s transition into Troy, Heidi disappears.

My Review:
Tirzah/Troy is a male-identifying TG teen in his senior year of high school. (It is my understanding that TG persons wish to be addressed by gendered pronouns to which they identify, so I will use the male, throughout.) He is a star soccer goalie with dreams of college, these dreams shared by his involved father. His mother doesn’t understand Troy’s dress–he’s not into the frilly pink designer stuff she wishes to lavish on her “daughter” but Tirzah/Troy rarely visits his mother, who happens to be a TV news anchor in Chicago.

Tirzah/Troy has a deep love for his best friend, Heidi, who is a Bengali girl in a deeply traditional Muslim family in the suburbs of Chicago. Heidi has more than a passing affection for Tirzah/Troy, but prefers to date wild American boys–including the party boy JC–against her parent’s expressed wishes. In fact, Heidi uses Tirzah/Troy as a shield–her parents see that Tirzah/Troy is a girl, even if “she” dresses oddly, so Heidi is allowed to spend time with “her”…at first.

Soon, Heidi’s escapades with JC cause big problems, not just with her parents. Tirzah/Troy desperately wishes to be a romantic part of Heidi’s life. There are hints that this happens, but Tirzah/Troy also knows that it will only occur in private–as Heidi and all his friends still see him as a girl. JC even threatens to “out” Troy as a girl to some skateboarding friends they share, in order to ensure Tirzah/Troy’s cooperation in dating Heidi on the down-low.

Tirzah/Troy is not alone, however. His baffled father is supportive, to some degree. Girls on his soccer team are also cool with his transition–one is REALLY cool with it. Tirzah/Troy invests more of himself into transitioning, but his “maleness” begins to worry Heidi’s parents, and that–coupled with Heidi’s lies about JC–leads to some serious problems in their friendship.

Despite bullying, and complete separation from his mother, Tirzah/Troy aims to move forward in his transition, meeting other TG persons and allies along the way. He even tries to see if his college scholarship will apply if he plays for the men’s soccer team.

This is a deeply emotional story, with well-researched characters and moments of extreme anguish to which any teen (regardless of gender/sexuality issues) can relate. In the end, all people wish to find love and acceptance in their lives–and Tirzah/Troy is no different. His love for Heidi drives him to deny himself for a long time, and he is still an amazing friend to her. Heidi is, herself, very conflicted with her love for Tirzah/Troy and her culture-clash as a “traditional” Muslim girl in “modern” American society.

It’s a positive story that I think TG kids will really enjoy. It suffered a little from being, perhaps, too rushed at the end. I really wondered what happened to Heidi, and if Tirzah/Troy should have gone to see her that one last time, but it ends with a boatload of hope and acceptance for Tirzah/Troy’s transition, for which I think readers will be happy. There are some instances of drug use, self-mutilation, and sexual experimentation, but it’s done well, and should be no issue for older teen readers.

Interested? You can find IN HER SKIN on Goodreads and Amazon.

About the Author:
A former television news producer and long-time member of the Society of Children’s Books Writers and Illustrators, Trina Sotira has spent over a decade writing for large audiences. Her academic work and Creative Writing studies have been featured at the Illinois Reading Council, Association for the Study of African American Life and History, SCBWI-Illinois, and ABC-7’s “Chicagoing.” She teaches Fiction Writing, Creative Writing, and Composition as a faculty instructor at College of DuPage under her dinosaur name: Trina Sotirakopulos.