Hi all! Today I’m reviewing a new steamy paranormal mystery from Lucy Felthouse. PACK OF LIES has two werewolf brothers who live in a remote village in Derbyshire–and each man wants to keep his secrets safe…. 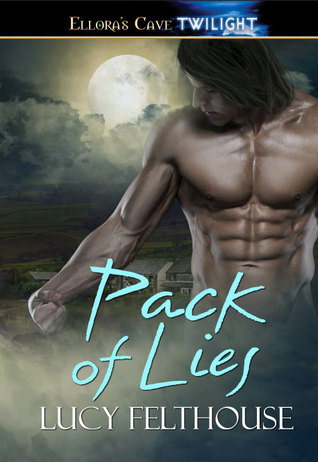 Werewolf brothers Matthew and Isaac have lived in the peaceful village of Eyam all their lives. The villagers know what happens every full moon, and are happy to keep their secret. But their privacy comes at a cost—neither brother has taken a lover in almost four hundred years.

Then at the full moon, a sheep is slaughtered on Eyam Moor, by what could only be an animal. A large, vicious animal. Even the brothers’ staunchest supporters begin to have their doubts. Meanwhile Isaac is smitten by a handsome newcomer to the village, while a vivacious visitor is happy to offer Matthew her all.

As they indulge their lust, they must clear their names and convince their neighbours that they aren’t also letting their baser instincts out to play.

Inside Scoop: This book contains sizzling scenes of both M/M and M/F sex.

Matthew and Issac Adams are 400 year old werewolves. They live in Eyam, a tiny town in Derbyshire, where they have spent their entire lives. Hundreds of years ago the residents of Eyam had experienced Plague, and Matthew and Issac had helped to protect the town, and its inhabitants, during the outbreak by nursing the sick, and burying the dead. To this day they protect the current residents and their livestock from harm. They change into wolves once-monthly, on the full moon, but remain trapped in caves underground in order to protect themselves and the villagers from harm.

Being that Eyam is a remote village filled mainly with generations of families who had survived the Plague there are many resident who know Matthew and Issac are werewolves. Both men live in harmony with the villagers; Matthew works at the local pub, and Issac is a doctor. Neither man will engage in a long-term relationship knowing that they have a secret to keep, and their longevity is troublesome in that they do not wish to watch their partner age and die while they do not. Matthew is heterosexual and Issac is gay, though he is not “out”.

At the point of the beginning, Matthew and Issac are emerging from their cave night, and learn that someone has slaughtered a sheep. This is a big problem, in that it was made to look as if a vicious animal had torn the sheep apart, and eyes begin to turn towards Matthew and Issac. They have allies on their sides, but they know that they are under scrutiny, and attempt to determine who had committed the crime, with little success. The next month’s full moon some villagers attempt to follow the brothers into the caves and witness their change. It is a foolish and dangerous enterprise, and still there is a gutted sheep and no proof it wasn’t Matthew and Issac.

During the next month, supporters plan out how to 1. verify Matthew and Issac’s innocence and 2. capture the culprit. This is imperative because both men know if the slaughters continue to recur soon the town will turn against them, and they will be “outed” to the world at large. The wait and the plan is too nerve-wracking for the brothers, and they argue with themselves a bit until they FINALLY begin to blow off steam in some very sexy ways.

Matthew finds a vacationer who appeals greatly, while Issac admits his interest in a newcomer to town–Nathaniel. There are some deliciously sensual interludes, of the Het and Homo variety, that bridge the mystery. When we finally learn who the sheep gutter is (well, I picked up on the WHO right away) it’s unfortunate that the WHY was unsatisfying. And, when I say unsatisfying, I mean I didn’t want it to be for the reasons explained (I had also thought there might be a bit more of a paranormal turn in the motive, but no…) because, dammit, I wanted both Adams brothers to have a happy ending, and it WASN’T for one of them.

Well, that is, it wasn’t a happy ending THEN. Because, as it turned out, both men end up finding their best partner not too long after.

It was a fun tale with some steamy scenes and emotional connections. Both Matthew and Issac take turns telling this story and there was a lot of well-considered characterization that surpassed the whole Alpha wolf dynamic of most shifter novels. The loneliness the men experience, of watching generation after generation pass, making friends they will later bury, was palpable. I was so glad to watch them really connect with lovers beyond the one night stand. The book is chock full of Eyam history, and I loved the colloquial speech.

Interested? You can find PACK OF LIES on Goodreads, Amazon and Barnes & Noble. 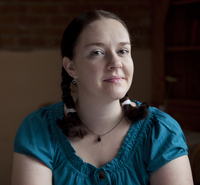 One thought on “They Unravel the PACK OF LIES–A Review”