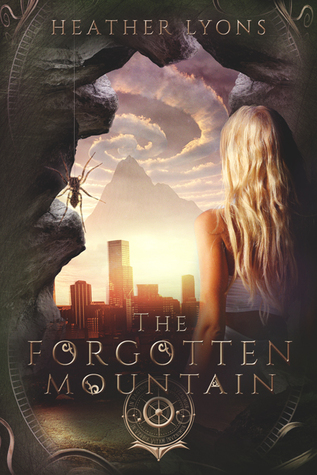 Hi there! Today I’m sharing in the blog tour for THE HIDDEN LIBRARY. This is the second book in the The Collectors series and it’s an action/lovin’-packed adventure of the literary kind.

Sometimes, the rabbit hole is deeper than expected . . .

Alice Reeve and Finn Van Brunt have tumbled into a life of secrets. Some secrets they share, such as their employment by the clandestine organization known as The Collectors’ Society. Other secrets they carry within them, fighting to keep buried the things that could change everything they think they know.

On the hunt for an elusive villain who is hell-bent on destroying legacies, Alice, Finn, and the rest of the Society are desperate to unravel the mysteries surrounding them. But the farther they spiral down this rabbit hole, the deeper they fall into secrets that will test their loyalties and pit them against enemies both new and old.

Secrets, they come to find, can reveal the deadliest of truths.

A few words from Heather:

I had the chance to ask Heather a few questions about creating THE HIDDEN LIBRARY….

You are a huge audiophile. What sort of music did you listen to while working on THE HIDDEN LIBRARY?

I listened to a lot of Bleachers, Nico Stai, and Taylor Swift (mainly off her new album). I love music!

The COLLECTORS’ Series is based on updated fairy tales. How are fairy tales relevant for today’s YA/adult readers?

I think a lot of readers nowadays only know fairy tales from movies and/or tv. Their ideas of the stories are more Disney-esque than anything, because even adapted versions of the stories in children’s books nowadays are watered down to match these changes. The source materials are not like that, though. They’re pretty dark and often have messages in them. What I like about fairy tales is that there’s always a sliver of hope in them. The stories have stuck with societies for generations because of that.

Authors always say that books are semi-autobiographical…. In that sense, which is the character in The Hidden Library with whom you most identify?

I think there will always be parts of an author hidden away in their characters. A silly example, is how Alice loves to wear dresses. I wear mostly dresses—and yet, it also fit her character because of the Timeline she came from, too. That said, I identify with both Alice and Finn simply because they’ve been in my head while writing . . . but their experiences and mine are quite different!

I truly didn’t know what I was getting into reading this book, but, what I found, was a lush world of literary romance in today’s world.

See, in this world, the characters are from books, and they work to save books. Alice, from Wonderland? She is all grown up and a warrior Queen, willing to take on a maniacal murderer. Huck Finn? Victor von Frankenstein? They got adopted by Brom and Katrina van Brunt (from the Legend of Sleepy Hollow) and raised in today’s NYC. Finn and Victor are top operatives in the Collectors’ Society. Finn and Alice are, in fact, a couple (expect some nice bam-chicka-wow-wow!).

Their current mission is to hunt down a rogue editor, believed to be Sweeney Todd, who has been collecting legacies–bits of ephemera that contain the ‘soul’ of a book–and destroying them. This, in turn, destroys the Timelines of every character in the book. It is akin to literary genocide, and was responsible for Katrina van Brunt’s untimely death.

Along the hunt, Finn and Alice have to enter Finn’s Timeline, the world of Huck Finn, to pay respects to The Widow who is dying–and deal justice to Tom Sawyer, who caused Jim to die. It’s a HUGE kerfuffle.

Don’t think Wonderland is sitting on the sidelines. The Queen of Hearts has a diabolical plot to kill Alice, despite her absence into the “real world”. Alice had to leave in order to save her subjects, which meant abandoning her first love, the White King. Now, Finn has to seek his assistance in saving the queen of his world.

And, what the heck is happening with Peter Pan?  The man who seems to be pulling all the strings is clearly a double-talker. And his house is an homage to the written word…or is it? His hidden library seems to be the key, if only Finn and Alice could find the door.

Here’s the thing: I loved this book’s pace and story. I found it thrilling and creative. Finn and Alice have to search their souls over, and over. And over. There’s this part of writing that says authors have to torture their characters to give them depth–well these characters are practically water-boarded. The result? They leap off the page.

With the climax coming so close to the end, I was terrified we would be left with a horrifying cliffhanger. As it stands the cliffhanger is not-quite-barbaric to the reader, but…it’s certainly uncomfortable. Looking forward to the next book!

Interested? You can find THE HIDDEN LIBRARY on Goodreads, Amazon (US or UK), B&N, Kobo, and iBooks.

Click the Rafflecopter link below for your chance to win signed paperbacks and a $10 GC!
a Rafflecopter giveaway