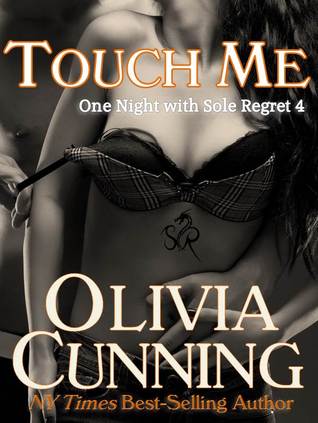 Beauty may only be skin deep, but since when did rock stars care about more?
Since Owen Mitchell.
TOUCH ME, episode 4 of the One Night With Sole Regret novella series by Olivia Cunning, follows bassist Owen’s sex club fantasy-come-true: finding a woman who might want him for more than his rock persona.
Caitlyn just signed her divorce papers and she’s out to find a sexy boy-toy to prove that she’s still beautiful and to spite her cheating ex. Owen definitely fits the bill.
Shibari-practitioner Kelly, rhythm guitarist for Sole Regret and Owen’s BFF, plays a huge role in this sexy tale–he ties Owen up for a change! YAHOO!
Following a particularly sticky (yet satisfying) interlude, Caitlyn reveals she’s really not the sex club type–and Owen agrees. They and Kelly go out to eat and Caitlyn finds Owen’s unabashed playfulness as overwhelming as it is endearing.
What’s the hottest thing about this episode–Owen’s self-consciousness. Having grown from an ugly duckling into a desirable man, he still bears the psychological scars from rejection.  So, it’s all the more delicious when he finds his kindred spirit in geeky Caitlyn.
They are phenomenal together, each soothing the other’s bruised heart as well as fulfilling each’s baser urges. The sexy scenes are not just smoking hot, they are heartwarming.
In terms of overall storyline, the pre-quel SHARE ME, which takes place 6 months prior to the Sole Regret series, reveals the backstory of the sexual dynamic between Kelly and Owen. There’s 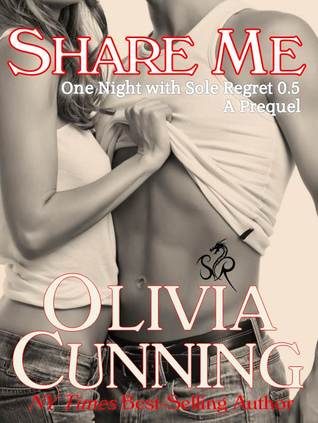 plenty of menage action in that story (Lindsay/Owen/Kelly plus Linday/Shade/Vanessa).
TOUCH ME is monogamous (only).
Just when we finally think Owen’s going to get his gal, history comes to bite his tail…and though we know he’s not likely the responsible party–he takes on that role.
Why?
Because Owen is THAT guy. The kind who will sacrifice his own needs to make everyone else happy. And that’s what makes him totally swoonworthy. (Disclosure: Owen is my FAVORITE member of Sole Regret. He’s also my new book boyfriend.)
TOUCH ME is only available as a single at this time, and it’s worth every cent. Get it for Kindle or Nook.
SHARE ME is a discounted mini-novella, and a wild, wild read. If you’re going to get both, read SHARE ME first. Available also on Kindle or Nook.
If you check either of these out, don’t forget to come back and let me know your opinion!