About AUCTION ACTION:
Art isn’t the only thing a man can find at an auction…
Frederick Holloway is a successful antiques dealer with a clientele that he likes to keep happy. When one of his most important clients asks him to attend a charity auction to buy a painting for her, Frederick agrees. What he didn’t expect was the Greek god with the face of the Marlboro man who is his main competitor for the artwork.

Duncan never expected to meet such a powerful and commanding man in such a small package. He likes it, really likes it! Frederick can give him something he desperately needs. But are they playing around? Is something deeper developing? Or is Duncan still trying to get an angle on the work of art that he lost at the auction… or embracing a worthy opponent?

My Review:
Fredrick Holloway is a dealer in French antiques in Milwaukee. A favored client contracts him to purchase a painting at an auction as a way to keep the buyer’s anonymity. She’d been a rival of the deceased woman whose estate in on the block. While there, Fredrick notices a sexy man is also interested in the same piece of art. Fredrick, an experienced buyer, takes a strategic position and ends up winning the piece at a great discount to his client. Feeling high on the experience, diminutive Fredrick goes out on the town, and manages to meet his auction adversary, Duncan, in the same leather-type bar. Fredrick makes it clear that coming home with him will require some level of submission, and Duncan’s down for it.

They have a great night, more so than Duncan could have dreamed. He’s a wealthy man, but his youth was marked by distant parents and a parade of nannies and boarding schools. He desires a partner who is compassionate and passionate; Fredrick seems to fit the bill. He’s also curious about the purchaser of the painting, as the subject was Duncan’s great-grandmother. His family wanted the painting for their gallery, and his inquiries to Fredrick lead to some intrigue, but not much. Both men handle the situation with respect and dignity, which leads Duncan to seek Fredrick out again. And again.

For a novella, this is a meaty read, and that’s not just a pun about the sexytimes. We get to see Duncan and Fredrick build a rapport and that leads to a relationship that is built on mutual respect. They are a sweet odd couple, and I found the flipped power dynamic interesting and fun. This is a novella that was published in originally in 2012, and recently republished. If you’re looking for the slow burn romance Andrew Grey is typically known for, you won’t find it here. Quick and dirty, with a sweet side that charmed me.

Interested? You can find AUCTION ACTION on Goodreads and Amazon. It’s a sweet deal at $.99.

David Weatherby is Christian’s assistant, organized and efficient. He considers himself plain and ordinary, unlike the models Christian works with. David’s also attracted to Christian in a big way, but has seen Christian brush off so many men, and he doesn’t want to be another notch on Christian’s photographic bedpost. Besides, Christian wouldn’t notice someone as plain as him anyway.

What David doesn’t realize is that Christian has noticed and watches, but stays away because David works for him, and because he feels that David deserves someone better. With both men reluctant for various reasons to voice or act on their feelings, will they ever be within the same frame?

My Review:
David Weatherby is a young gay man living with his best friend in New York. He’s an aspiring landscape photographer and he has worked for renown erotic photog Christian Coulliet. Everyone knows that Christian regularly has sex with his models, during his “shoots.” Ordinarily, David’s been captivated and aroused in his job, but lately he’s been confused and conflicted. Because, in his tenure, David has done more than maintain Christian’s schedule, give aftercare to the models, and sort the images–he’s also been a caregiver to Christian. He’s made his meals, and cleaned his living quarters, and helped him sober up after his increasingly frequent benders.

David’s come to care for Christian, and finds Christian’s interactions with the models to be unhealthy. He wants to love Christian, but he knows he can’t, not really. Because David wants a man who will love him, not every beautiful man in the studio at that moment in time. Plus, David thinks the pictures Christian takes are genius; and putting monogamy limits on Christian might diminish him as an artist. Thing is, Christian finds David attractive as well. He’s bright and lively, and he’s compassionate and talented. That said, Christian is also afraid he’ll hurt David–not so afraid that he doesn’t take some SERIOUS liberties, and act a complete fool. David’s a good guy, and he’s making friends and contacts that encourage him to be true to himself. In this, David actually aids Christian to get his life together–a little tough love goes a long way and these guys seem to find a comfort level in their lives together. I didn’t like Christian much, but in the end he did make good with David, who is a total doll. I was glad that David got the support and love he needed, when he needed it.

Interested? You can find THE PHOTOGRAPHER’S ASSISTANT on Goodreads and Amazon.

Andrew’s hobbies include collecting antiques, gardening, and leaving his dirty dishes anywhere but in the sink (particularly when writing) He considers himself blessed with an accepting family, fantastic friends, and the world’s most supportive and loving partner. Andrew currently lives in beautiful, historic Carlisle, Pennsylvania. 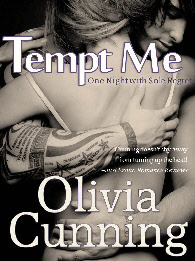