Hi there! today I’m sharing a review for a recently published contemporary M/M romance from JE Birk. DATING RYAN ALBACK is a sweet and sour romance between an out TV star and a nobody schoolteacher–engineered by a talk show host.

About the book:
Ryan Alback has almost everything he’s ever wanted: a successful acting career, a dog who adores him, great family and friends, and a life outside the closet. The only thing missing is a boyfriend — but Ryan’s been burned by Hollywood relationships before, and he’s not eager to try one again.

Jason Santos has almost everything he’s ever wanted: a fulfilling career teaching middle school, a house in a city he loves, and parents who support him in every way. Too bad he can’t seem to forget the ex-boyfriend who rejected his marriage proposal.

When a talk show host launches a dating contest to find Ryan a boyfriend and Jason accidentally wins, neither of them expect anything to come from it. Yet somewhere between a disastrous massage and a mud sinkhole, they both start to wonder if this date could be more than just a public relations stunt. But before they can move into the future, they’ll both have to learn to let go of the past.

My Review:
Ryan Alback is a successful TV actor who made it through child stardom with his head on, well, pretty good. He was closeted as a teen, and only came out under pressure from a boyfriend looking to advance his standing. Ryan has never gotten over this betrayal, and though he is out, he’s mostly celibate, fearing another opportunist.

Enter a talk show host, who gets Ryan to admit that he’s lonely on her show. Grand plan: find Ryan a man!

Jason Santos is a seventh-grade teacher in Denver and he’s determined to find a way to pay for his community program that serves kids who are undocumented, or have undocumented parents. He hasn’t dated in a year–not since his ex turned down his marriage proposal and he limped away from their relationship. Now, his BFF has entered him into the contest for a date with Ryan Alback, and Jason is, meh. He’d never get picked. Until he does!

Their date is a weekend away in a Vermont B & B, and it seems to go great. Ryan fears Jason will be a fan-boy, but Jason’s totally cool and they seem to hit it off. Until the stories begin to leak, and Ryan accuses Jason of selling him out.

Thing is, that didn’t happen, and Ryan is mortified that he hurt a man with whom he had begun to build a tentative rapport. Ryan seeks out advice, and begins to establish publicity on his own terms–before reaching out to Jason again. Jason isn’t excited about the jerk showing up, but Ryan makes a super pretty apology. Plus, Jason’s only human; he adored Ryan when he was a child star.

There’s some other drama down the road, including bad exes and strung-out seventh graders, but the story is all about Ryan finding peace in his career while Jason find balance in his life. It seems these guys will make it, and I do love when that happens.

About the Author:
J.E. Birk has been telling stories since she could talk and writing them since she was introduced to the alphabet. She hails from Colorado, where you can usually find her skiing, training for a 5K she won’t end up running, or watching people run into each other on football fields and in hockey rinks.

Hi there! Today I’m sharing a review for a new contemporary M/M romance from Nazarea Andrews. SECRET THINGS is a bittersweet romance between two good friends, who happen to be co-stars on a fan-fave TV show.

About the book:
Camden is on top of the world.

He’s dating his best friend and co-star. He has a top rated TV show that just got renewed for a seventh season. It’s what he’s always wanted.

Dimitri is living the life he always wanted. He and Victor, his high school boyfriend, are social media darlings. His part just got renewed on his hit TV show, and the charity foundation he co-founded is taking off. It’s everything he ever wanted.

The only time either seem happy is when they’re together. And both of them are ignoring the attraction between them. There’s too much at risk. The show, their significant others, a friendship that is more important than a quick screw.

Oh, and Camden is straight.

But attraction isn’t always easy to ignore, and a lot can happen that isn’t meant to. When one of Dimitri’s fans gets involved, both men will have to decide how much and who they want.

My Review:
This is a friends-to-lovers romance for Camden and Dimitri, both stars on a fan-fave TV show. They became friends three years ago, and there’s been a simmering attraction for the other for at least a year now.

Unfortunately, Dimitri’s been openly dating his high school boyfriend, Victor, a touring rock musician, for the past twelve years. And, Camden lives with his on-screen girlfriend, Cari. Cari and Dimitri even run a charity together, and they are really besties, so Dimitri tries to squash his attraction to Cam. Unsuccessfully.

There’s a big issue, I imagine, for famous people regarding their public and private lives. While some fans might want to see Dimitri and Cam get together, they also adore the love stories of Cam + Cari and Dimitri + Victor. But, fir these four people, the public story is not the private one. Cari is fine with Cam finding his true love–as she knows she isn’t it. She loves Cam as she can, but not romantically. Victor and Dimitri have been pulling apart for the past several years, and Victor has a ready-made replacement he doesn’t bother to hide from Dimitri. Thing is, the TV execs and the fans don’t want to let go of their ‘dream couples.’

So, when Cam and Dimitri do come together, it’s really an undercover operation. I didn’t really like it all that much, because Dimitri was really dishonest at first. I get that he wasn’t ready to make it all official, but he knew better than to leave it hanging the way he did, for as long as he did. He hurt Cari and Cam in the process. And, he didn’t make it right for a while, too, which bothered me. Also, when a stalker is on the loose, Dimitri makes unconscionably stupid decisions that endanger everyone. So, while I wasn’t captivated by the story, it’s an okay read.

I received an advanced reader copy that had lots of errors, which I’m hopeful got fixed in the final pressing. The good thing about the book is that it ends well, with tons of support for Cam, now that he comes out as bisexual. There seems to be some new plot threads that could be spun into an HEA for Cari, too, in another book–though I’m not sure that’s going to happen. Pure speculation on that point.

Interested? You can find SECRET THINGS on Goodraeds, Amazon and Kobo.

About the Author:
Nazarea Andrews (N to almost everyone) is an avid reader and tends to write the stories she wants to read. Which means she writes everything from zombies and dystopia to contemporary love stories. When not writing, she can most often be found driving her kids to practice and burning dinner while she reads, or binging watching TV shows on Netflix. N loves chocolate, wine, and coffee almost as much as she loves books, but not quite as much as she loves her kids. She lives in south Georgia with her husband, daughters, spoiled cat and overgrown dog. She is the author of World Without End series, Neverland Found, Edge of the Falls, and The University of Branton Series.

Stop by her twitter and tell her what fantastic book she should read next. You can also find her on her website, blog, Facebook, join her Street Team, or sign up for her newsletter. 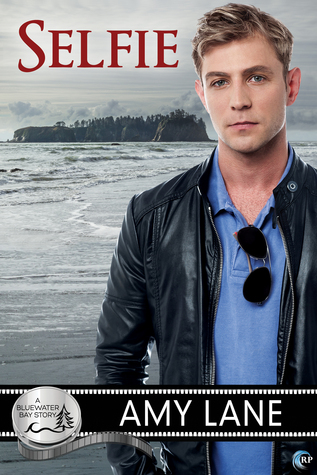