Hi there! Just to spice things up I thought I’d share a couple of titles I picked up on the cheap and found amusing. One is a box-set of three paranormal ménage books, the other is a spicy contemporary romance. Both are $.99 at the time of this posting…

PS: I don’t make any money off my recommendations–I just devour books so I jump at the chance to get them cheap or free…and I like to pass on my ‘finds’ to you! 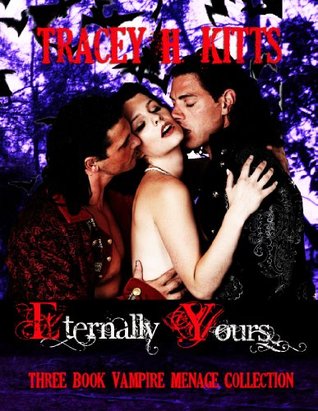 Three vampire ménage novels by Tracey H. Kitts, combined for the very first time into one smoking hot collection. That is what you’re getting with the Eternally Yours Vampire Ménage Collection.

1. Bitten
2. Necromancer
3. Diary of An Incubus

BITTEN
Sandra Ashton is a witch who suddenly finds herself dating three vampires. So, what do you do when you’ve got three immortal beings professing their undying or is that undead love for you? You agree to what they like to call, “joint custody.”

NECROMANCER
Jane Masters has no idea she’s a necromancer. Luis and Henri are the vampires responsible for the power mingled in her blood. Though her love life improves dramatically after meeting them, Jane faces a more urgent situation than dating a vampire or two. As Luis and Henri reveal the details of her past life and the source of her power, they learn there’s a killer on the loose and Jane is next on the list. As for her newly discovered past with the vampires, her heart remembers them. But will she survive to love them this time?

DIARY OF AN INCUBUS
Jewel Mathers needed a good story for her next novel. She turned to the ancient journals in desperation. But fame and fortune comes with a price … and a couple of hot vampires.

This three book set features three separate ménage vampire romances. Yes, ménage and vampire. It’s a two-fer of guilty pleasures. Each features a completely different set of heroines and lovers. It is all M/F/M with a heavy emphasis on the female being the center of all action and desire.

If you’ve never read ménage, this might be a fun way to test the waters. The romances are slower to develop than traditional ménage and the multiple scenes happen at the end of each, following a clearly solid primary romance. Also, they aren’t sloppy and the language is less potty-mouth than many I’ve read.

Interested? You can find ETERNALLY YOURS on Goodreads and Amazon. Current pricing is $.99, but may go up. 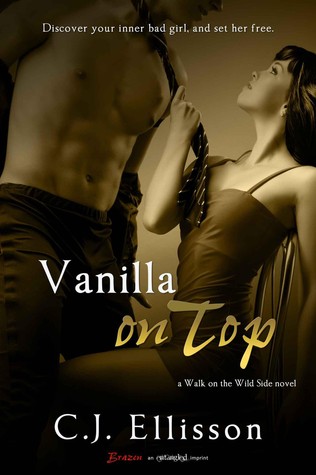 It’s wild that there are so many BRAZEN imprint books on sale through the end of May. Now’s your chance to snap up so really fun romances just in time for summer…

About VANILLA ON TOP:

Discover your inner bad girl, and set her free…

Heather Pierce is done being a wallflower, both personally and professionally. Desperate to live a different life for one night, she attends a speed dating event. Maybe here, anonymous unless she chooses otherwise, she can become someone new. When a man way out of her league sits across from her, Heather gathers her courage and takes charge of what she wants, secretly fearing he won’t desire the real person she’s desperate to hide.

Top acquisitions officer and international playboy Tony Carmine is about to close the biggest deal of his career. But then he meets Heather at a speed dating event…and discovers losing control may be exactly what he needs. Her blossoming sensuality occupies his every thought, consuming him with the need to possess the most intriguing lover he’s ever encountered—until he walks into the boardroom and sees Heather on the other side of the negotiating table.

My Review:
Who doesn’t love a woman-empowerment romance? Heather has had enough of being taken advantage and decides she’s going to get the upper hand on her next partner. Tony shows up at a speed dating event on a lark as a friend’s wingman and is undone by the dominating gal he meets. There’s a word for a woman who gets a guy she just met to submit to her command for oral pleasure. I believe it’s “Bravo.”

But soon this liaison gets real. Tony turns up as a buyer for Heather’s company–and Heather fights to keep the business from being gobbled up. Being at odds in the board room might stifle a lesser couple’s sex drive, but not here. Table tennis, anyone?

I love the alternating viewpoint–mostly because I adore getting to know each character. Heather is so insecure, yet she acts to strong. Tony’s strong, but vulnerable with Heather. The role reversal really worked for me–and I’m gonna snap up the sequel just to see how these two move forward together.

Interested? You can find VANILLA ON TOP on Goodreads, Amazon and Barnes & Noble. The sequel, VANILLA TWIST is also on sale for $.99 through the end of May, so click it while you can…

Thanks for popping in and keep reading my friends! 🙂