This month, I’m recommending Eric Lindstrom’s A TRAGIC KIND OF WONDERFUL, a newly-published YA adventure through bipolar disorder. Having read and LOVED his debut, NOT IF I SEE YOU FIRST, (featuring a blind protagonist) I’m really enjoying Mr. Lindstrom’s ability to bring marginalized characters to the page in living color. 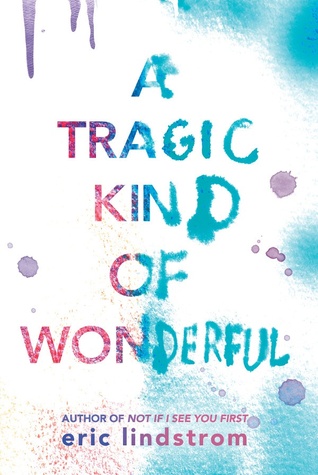 About the book:
For sixteen-year-old Mel Hannigan, bipolar disorder makes life unpredictable. Her latest struggle is balancing her growing feelings in a new relationship with her instinct to keep everyone at arm’s length. And when a former friend confronts Mel with the truth about the way their relationship ended, deeply buried secrets threaten to come out and upend her shaky equilibrium.

As the walls of Mel’s compartmentalized world crumble, she fears the worst—that her friends will abandon her if they learn the truth about what she’s been hiding. Can Mel bring herself to risk everything to find out?

My Review:
This is a contemporary YA novel about a character with severe bipolar disorder still learning how to cope with the ups and downs of her emotional world.

Mel Hannigan is a seventeen year old girl struggling through her days with a newly (one year) diagnosed bipolar disorder. Her elder brother, Nolan, also suffered this disease, as does her Aunt Joan–who they all call HJ or “Hurricane Joan.” Nolan, who we only meet in flashback, died four years ago–in an accident that stemmed from his mania. Since his tragic death, her parents have divorced and Mel lives with her mother and HJ. She’d also lived with her grandmother, but she died a year ago after a battle with stomach cancer.

Mel works in the Silver Sands, the same nursing home where her grandmother spent her final days. It’s a touchstone place, for her, where she has many friends among the residents, including Dr. Jordan–a retired psychiatrist. He helped “diagnose” Mel before she had her first manic episode–and subsequent crash–just over a year ago, now. At that time, Mel was having a break with her group of friends, losing Annie, Conner and Zumi when she backed away following a fight and power play which coincided with an inpatient stay for treatment of her mental issues. Now she balances a cocktail of prescriptions designed to keep her moods even, and has two close-ish friends Holly and Declan, who brought her school work home over the period of her long absence and recovery–which everyone believes was for mono and bronchitis, not bipolar disorder.

When the book picks up, Annie has inexplicably reached out to leave behind childhood relics with Mel for Conner and Zumi–mementos of their friendship–because Annie’s family is moving to Paris and she doesn’t want to confront either Conner or Zumi regarding this life change. Turns out Annie isn’t a nice person, and Zumi was desperately crushing on her. Mel knows it will break Zumi’s heart, and the stress is fracturing her grip on her moods. Right about then, Mel meets David, grandson of one of the elderly residents at Silver Sands, and they strike a cautious friendship–which could lead to more. They both seem to want this, but Mel is reluctant because she doesn’t think she–the gal with the broken brain–is really worthy of love. Surely someone “normal” is better suited for everyone. Just look at HJ! She’s the life of the party and pretty, but no man will settle down with her.

Okay, so, being in the mind of a person with a mental condition like bipolar disorder is never easy. There are bouts of mania and depression, and episodes of disordered thinking and obsessive-compulsive behavior. That’s not all of the book, but those moments exist and they ramp the tension up high as we’re not quite sure where Mel will go, or what she will do, when she’s manic, or obsessive. She does a LOT of checking in with her body and mind, and talking to responsible adults about her mental well-being, with is fantastic. Her aunt’s not a great influence, because she’s sure that Mel’s missing out on life, doped up and quelled by medication. Joan is currently unmedicated, but her strong personality doesn’t sway Mel from her chosen course to medicate–because she knows how things can go tragically wrong for someone like herself–like Nolan–when there’s no meds on board. And, unfortunately, in her periods of mania she sometimes misses doses, leading to a downward spiral that results in another bad episode.

I really liked this book because it didn’t feel varnished. It was a challenge, however, to keep up with Mel, and I think I’d have liked more information about Nolan up-front. That said, going along the winding path and following Mel into the rabbit hole of her racing mind was eye-opening. Having dealt with emotional wellness issues in myself and close family members for decades now, it was a journey I’m familiar with, and felt resonated off the page. Mental illness is never an easy read, but Mel’s upbeat and committed choice for medical care was refreshing. I really appreciated the rich support network that assisted Mel, and how her fears of being abandoned once people learned her real “illness” weren’t reinforced.

There’s a hint of romance, but it’s not the focus. Instead, the real-life dramas of friendships dissolving and new ones forming are the center of the book. These stressors are common for teens, which provides the context for grasping Mel’s underlying medical problems, and makes her reaction to those stressors accessible, even in their extremes.

Interested? You can find A TRAGIC KIND OF WONDERFUL on Goodreads, Amazon, Barnes & Noble, iBooks and Kobo. I received a review copy via NetGalley.

Thanks for popping in, and be sure to check out the book-of-the-month recommendations from my fellow Coffeehouse reviewers… 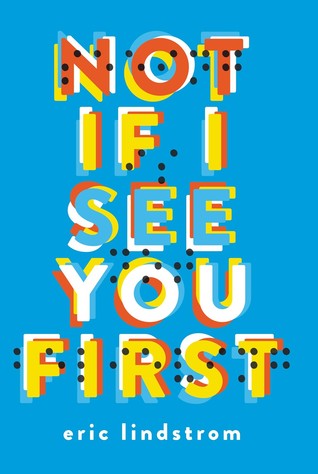