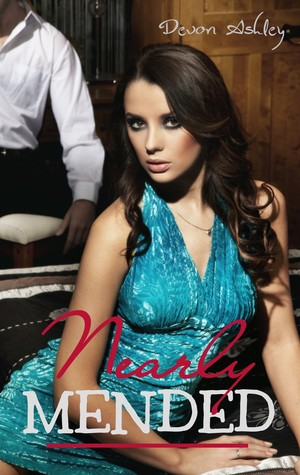 God help me…Zander isn’t the worst thing out there.

Megan Whitaker desperately wants to forget what the Malone brothers have done to her over the past two years – the haunting images and sensations still plaguing her thoughts and dreams – but she can’t. Charles may be dead, but Zander isn’t. I’ll find you and bring you back to me. She wants to believe she’s safe with Nick in their secluded new home, but it doesn’t keep her from looking over her shoulder, jumping over unexpected sounds, carrying a concealed weapon or even preparing for the worst.

Nick Ellis has seen a change in his long, lost love. Battered emotionally and physically, Megan spends her days at self-defense classes and researching things that’ll never allow her to let go of the past. And he feels guilty even asking her to, because he knows that heathen will return, it’s only a matter of time. And when he does, Nick will do anything to save her, even the unthinkable, risking everything he’s fought so hard to get back.

But there is no escaping the world of sex trafficking, nor the band of men who continually aid one another to keep it thriving. And as her nightmares begin to converge with reality, Megan realizes there are far worse people to fear than the one who haunts her dreams.

Recommended for 17+ for mature and disturbing situations, language and sexual content.

How’s about a little taste?
“Look, Megan, I can take a lot of things, but lying’s not one of them.”

“I’m not lying to you,” she burst, whipping around.

“Omission is lying.” Waving the empty No-Doz bottle in the air, I added, “Switching your meds out behind my back is lying.”

She crossed her arms, her eyes taking a nosedive.

“I mean, come on. Do you think I don’t know you’re afraid to sleep?” Her head still tipped downward, her brown orbs courageously looked up. “You’ve got the pantry stocked with energy drinks and we’ve had to buy coffee twice as often so I know you’re making another pot once I’m gone. You go to bed after me and get up before me. I. Know. Megan. So, please. Just come out and tell me what’s going on. I’m not going to be mad at you for it.”

It took her a minute, but finally she softly replied, “I don’t want to sleep anymore. Because I see him every time I close my eyes, alright? I can feel his breath on my skin and his damn fingers gripping my body, and it disgusts me. But most of all it terrifies me. Because for those few horrible minutes, my mind actually tricks me into believing that I never escaped. That I’m still stuck there, chained to the goddamn floor. So yes, I ditched the sleeping pills and switched to the No Doz. And now, when I actually do finally collapse, I’m so exhausted that I rarely dream. So I never have to go back to that damn nightmare.”

Damn that made me feel like shit, making her say that, the way the hurt filled her face as she did. I put the bottle back down softly, not giving a crap about it anymore. “God, Megan. Why didn’t you just tell me that? You don’t have to keep these things from me, you know?”

She shook her head, her eyes staring at the ground between us, slumping her shoulders as if she wished she could just melt right into the floor. “Seriously? And have you think I’m even more of a basket case than you realize? I’m not trying to lie to you. I just don’t want to burden you with every little thing that’s wrong with me.”

“Hey,” I said forcefully, eliminating the distance between us. I flattened my hands on each side of her face and brought my lips to hers. The kiss was way more aggressive than the soft, delicate ones she was used to getting, but for once I didn’t restrain myself. She was so shattered at times I just didn’t know what to do. So I kissed her, showing her with every caress of my mouth that she was loved, that I couldn’t live without her, no matter the fight she had going on inside her. It took my breath away, and she actually kissed me the same way back, her hands reaching up to cover mine. I slowly let them soften before pulling away, angling my head so our foreheads could rest against one another.

“There’s nothing wrong with you. And in case you need me to repeat it on a daily basis – I. Love. You.”

***This series is really dark–it involves human trafficking and sexual slavery. My review of NEARLY BROKEN (Nearly #1) can be found here. As brutal as this world is, Devon Ashley writes it with care and compassion. She makes the twisted minds and broken emotions make sense. It is a powerful story that kept me thinking long past the ending.

Interested? You can find NEARLY MENDED at Goodreads, Amazon and Barnes & Noble.

About the Author
Devon Ashley is a mom, a wife, a lover and a fighter, a coffee addict, a wicked knitster, a Microbiologist, a baker of fine yummy treats, and someone who will fight you to the death for that last Twinkie bag of M&Ms during the zombie-apocalypse. Seriously, her addiction is that important to her. Oh, and she says seriously way too much. Seriously…

You can find her on Facebook, GoodReads and her Blog.

***GIVEAWAY***
Click the Rafflecopter link below for your chance to win

a $25 gift card to Amazon or Book Depository (Int’l) 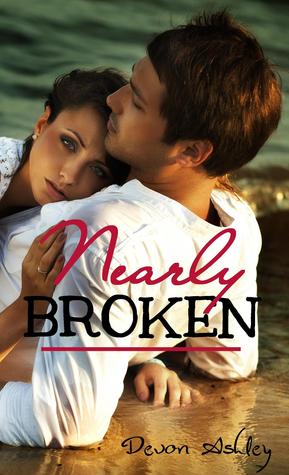 WAITING ON MY REASON  BY DEVON ASHLEY

Things always happen for a reason. I just wish I knew the why behind mine.

Five years ago, graduation wasn’t what it was supposed to be. Publicly humiliated, Melanie was more than happy to kiss off her high school sweetheart. But in doing so, she lost more than just her boyfriend, she lost the only other guy she truly cared for – his best friend, Shane.

Shane loathed the idea of returning to his small hometown. He just wanted to get in, help his best friend manage a legal matter, and get the hell back out again. But he wasn’t expecting to run into the one girl who got away, who always held a piece of his heart despite the animosity that lingered. Melanie could’ve been the one, but after everything that happened, trust was a serious issue.

I received a review copy of this book from the author. And I devoured it.

Shane Matthews has returned to his small town in Texas to secure the inheritance for his childhood best friend, Brad Montgomery. Brad’s had a bad run ever since Melanie busted his heart senior year. Booze and drugs have left Brad in a bad way–emotionally and financially. What Shane can’t understand is why Brad’s grandma didn’t leave him his fortune…and who did get it!

Back on his home turf, Shane encounters Melanie–the girl who got away, and destroyed his friend. She’s as good looking as ever, and clearly the interest is mutual, but Shane can’t get past his fury over Melanie’s role in Brad’s downward spiral. He insults her–terribly.

Melanie’s been considered the town tramp since senior year. Instead of escaping to Tulane for college, she’s stuck out her life, working hard and harder to support herself, and her son. Brad’s son. Not that people believe her story of an assault while on a college visit. Brad hadn’t. Then again, Brad was a lush in high school, and Shane should have known that–if he was such a good friend. Melanie knows exactly what happened to Brad’s “inheritance” but she’s not willing to spill the beans to Shane–or Brad. Why should she have to? Brad’s been gone for years, and hasn’t looked back once. Not for Melanie, their son, or his grandmother. Now broke, he certainly doesn’t deserve anything.

What we have here is a small-town, small-minds melodrama. It’s real, and engaging and reads like 2/3 of Maury Povich episodes. Lots of accusations and false leads. Even more hurt feelings and complete misunderstandings.

The whole time I wanted shake Shane and tell him to take good hard look at Brad. See him for the miserable conniving wretch he was. The DBag didn’t deserve gas money, let alone a dime of inheritance IMHO. When Shane does finally get the straight story, he’s introduced a whole lot more problems for himself, and Melanie. But he’s a stand-up guy and one with whom Melanie is overjoyed to reconnect. It seemed as though their love story was always waiting on the fringe, just out of reach in high school because of their own decency and friendship with Brad. In any case, the lovin’ is quiet, but considerate. It’s a satisfying read, for sure.

Interested? You can find WAITING ON MY REASON at Barnes & Noble,  Amazon,  Goodreads, and Kobo

About the Author
I’m a mom, wife, a lover and a fighter, coffee addict, wicked knitster, Microbiologist, baker of fine yummy treats, and someone who will fight you to death for that last bag of M&Ms during the zombie-apocalypse. Seriously, my addiction is that important to me. Oh, and I say seriously way too much. Seriously.

You can find out more about Devon Ashley on GoodReads, Facebook, or her Blog.