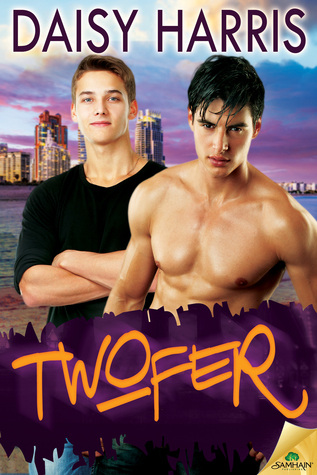 About the book:
Bottoms up!

If a college freshman can’t get laid in sun-drenched Miami, he’s doing something wrong. Frankie Perez is determined to help his roommate get some man action in any way possible.

When Frankie’s arsenal of dating apps, fashion advice, and playing-hard-to-get lessons doesn’t work, he realizes Jeremy needs remedial help. Except tutoring Jeremy in the art of sex gets steamier than Frankie expected—and it scares the hell out of him.

Jeremy’s not sure why he’s wasting his time hooking up when he’s only got eyes for the slinky, sexy roommate he comes home to at night. But the hotter their chemistry simmers, the quicker Frankie dances away.

In near desperation, Frankie suggests the two of them team up to find a third to top them both, forgetting that two bottoms aren’t immune from lusting after each other. In a world where every man is an option, choosing one to love can be the sexiest risk of all.

Warning: Contains questionable morals, copious immature hijinks, an X-rated photo shoot, and disastrous threesomes. Sex toys were misused (but not harmed) in the making of this book.

My Review:
This is a book that is going to get mixed reviews, I think, because it is a non-traditional M/M romance.

Jeremy and Frankie are college freshmen and roommates at Miami Central. They are both gay, and Jeremy is out on campus, but I don’t think he’s out to his family. Frankie is out and proud, happy to hook up with anyone–except Jeremy. They are friends, and he feels bad knowing that his awkward, geeky engineering roomie is a hapless virgin, but he doesn’t want to get into a relationship. His first BF was a jerk, and he is done–DONE!!– with boyfriends. And, Frankie knows that Jeremy is the keeping type. It’s true; Jeremy wants a boyfriend, and he wants to start his sex life with a partner who will be considerate and compassionate. Problem is, Jeremy’s really drawn to Frankie.

Frankie tries to take the middle road of “sex guide” getting Jeremy a make over of sorts, and playing wingman on his escapades. With mixed results. The two-timing TA? Bust. The Grindr hook-ups? Fleeing (quite literally) for his life. Frankie does take a bit of pity on his newly-sexy friend. He works out a bit of experience with him, just so Jeremy can be prepared (yeah right! Super altruistic of you Frankie…) for his meet-ups.

Thing is, Jeremy’s pretty sure he’s a bottom–even without ever having had penetrative sex. Frankie KNOWS his preference, and he’s unwilling to even try topping Jeremy. Instead, he tries to find a top to satisfy them both, this way he can guide Jeremy’s partner into treating him good. Hence the book’s name: “Twofer.” So, yeah, while Jeremy and Frankie are really falling for each other they also recognize a bit issue in their relationship: neither of them can truly satisfy the other sexually. (Jeremy does try topping, and it’s a disappointment.) They enlist a few tops, and nothing really goes well. They strategize. They invest in toys. Things get better, but it’s not quite the end they seek. And an answer appears that they can’t deny–which is where I think a lot of readers could get frustrated.

See, romance readers are often married to the HEA, and this is generally acceptable ONLY for an exclusive couple. Or, maybe, an exclusive triad. Jeremy and Frankie don’t fit that mold, but they figure out what works for them. They seem happy at the end, and I can accept that. Personally, I think the idea of finding one’s true love in college is unrealistic, but that’s okay. Within the setting of the book, they only commit to each other for their time. There are no wedding rings–which is excellent, on account of the guys being barely 20 y/o. I liked how they support each other, and comfort each other and how they make a great pair. Do I think they are going to be together for ever? Unlikely. But, I’m satisfied with their story to this point. I felt convinced of their commitment to each other as a couple, even if they were not exclusive. As a romantic, I am sure I would have liked it more if I felt these guys were a perfect fit sexually–and then I set my rose-colored glasses aside and recognize the futility of championing the love of a couple of college kids. Even if they were a great sexual match, college is a weird time, and lots of people aren’t looking for a forever match, there.

I think if you like interesting couple dynamics, sexy menage action, and two likable guys who aren’t exactly perfect, you’ll probably enjoy Twofer. It’s got a lot of heat, and some terrific humor. The hi jinks are funny, the awkwardness is real and, sadly, hysterical. Jeremy’s a sweet soul, and his patient love melts poor Frankie’s jaded heart.

Interested? You can find TWOFER on Goodreads, Samhain Books, Amazon, Barnes & Noble and AllRomance. I received a review copy of this book via NetGalley.

Ms. Harris lives in Seattle, where she tortures her husband by making it rain. She enjoys watching bridges cause traffic, watching football games cause traffic, and blithely wearing wool socks with sandals. She has never taken a single picture in which her bra strap is not showing.

Want to find out about new releases, general news, and her latest inappropriate boy band crush? Sign up for her newsletter, or check out her website, or twitter. 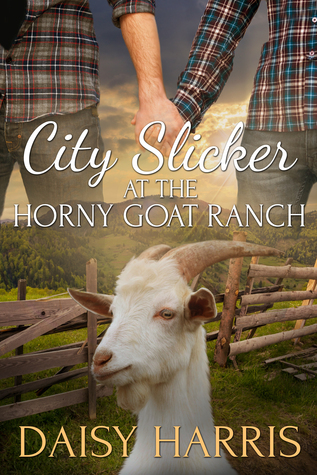 Keith Kelley doesn’t normally take kindly to strangers, but his flashy new neighbor has long legs, lips made for kissing and might prove too much temptation for a boy hiding his sexuality in rural Idaho. Unfortunately, between working his mom’s goat ranch and land disputes with his wealthy father, Keith has enough problems. He doesn’t need the best sex of his life threatening to expose his precarious secrets.

Real estate developer Max Levin vows to turn the one-stoplight town of Pookataw Valley into a quaint vacation destination…and then leave before the dust clears. Given his next assignment starts in five months, Max shouldn’t start loving the quaint little town—the ranchland, the mountains, even the goats. If only Max could stop thinking about his sexy neighbor and the time they shared in the front seat of Keith’s truck. Because he especially shouldn’t fall in love with a guy who can’t openly love him back.

This is a light read that still has lots of heart. Both characters are good guys who need a solid partner, but are afraid to commit for valid reasons. Keith’s parents are not likely to be amenable. His relationship with his dad is already strained due to his continued assistance at his mother’s farm. Keith is due land from the family trust, which he could forfeit if he father is opposed to his lifestyle, and his mom might just kick him out if she finds out. Max doesn’t have the same issues, his parents have long known his orientation and don’t care at all, but he’s constantly on the move, developing real estate for his company. How can he ask a guy to settle down with him, when he’ll have to move every five or six months?

Check out my full review over on Joyfully Jay Reviews.

Thanks for popping in,a dn keep reading my friends!