Hi there! Today, I’m sharing a review and giveaway for the latest contemporary romance from Kristen Proby. CLOSE TO YOU is the second book in her Fusion series, and fully enjoyable on its own, though we still have a lot of people from LISTEN TO ME on the page.

CLOSE TO YOU releases August 9th, but you can drop down and catch the excerpt and enter the $25 GC giveaway right now! 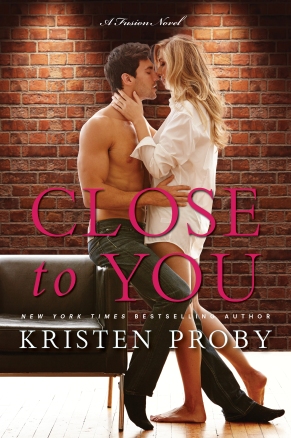 About the book:
From New York Times and USA Today bestselling author Kristen Proby comes the second novel in her sizzling Fusion series.

Camilla, “Cami,” LaRue was five years old when she first fell in love with Landon Palazzo. Everyone told her the puppy love would fade—they clearly never met Landon. When he left after graduation without a backward glance, she was heartbroken. But Cami grew up, moved on, and became part-owner of wildly popular restaurant Seduction. She has everything she could want…or so she thinks.

After spending the last 12 years as a Navy fighter pilot, Landon returns to Portland to take over the family construction business. When he catches a glimpse of little Cami LaRue, he realizes she’s not so little any more. He always had a soft spot for his little sister’s best friend, but nothing is soft now when he’s around the gorgeous restauranteur.

Landon isn’t going to pass up the chance to make the girl-next-door his. She’s never been one for romance, but he’s just the one to change her mind. Will seduction be just the name of her restaurant or will Cami let him get close enough to fulfill all her fantasies?

I grin and watch as I knead her feet. Upon closer inspection, I see that they’re callused, and despite being nicely painted, they’re a bit of a mess.

“I hate my feet,” she murmurs softly. “They’re rough and callused and horrible.”

“I don’t mind,” I reply honestly. “But you should spoil yourself sometimes and go get one of those froofroo pedicures.”

“I do. But I wear shoes that are bad for me, and I hate socks, so this is what I’m stuck with.” Her eyes slit open to watch me as she shrugs. “I don’t care. My shoes rock.”

.“I’ll rub your feet for you anytime you want.”

She grins softly and I want to pull her in my lap and hold on tight. I want to kiss her madly and lay her back on this couch and uncover her body, inch by inch, discovering what makes her moan and what makes her sigh.

I want to do all of the things I’ve fantasized about for longer than I can remember.

Instead, I sigh and pat her ankle, then stand. “I’d better go.”

She stands with me and follows me to the door. “Thank you for dinner. You didn’t have to do that.”

“Yes.” I turn to her and push her blond hair back over her ear. Scoot is winding his way through my legs, purring. “I did. Thank you for today.”

Before she can push me away, I lean in and press my lips to her forehead, breathing her in, and wanting to stay.

“Are you going to get that last house?”

“If you promise to visit.” I pull back and see her bite her lip, then firm her shoulders.

I nod and leave her before I do something stupid like scoop her up and take her up to her bedroom to spend the rest of the weekend with her.

She’s not ready for that. I’m not sure I’m ready for that, which shocks the fuck out of me because I’ve never had a problem with carrying a willing woman off to a bed to have my way with her.

I do know that she deserves more than a weekend in bed, and the thought of someone else giving it to her makes me crazy.

My Review:
Cami is best-friends and business partners with Mia, and totally gone for Mia’s older brother Landon–has been since she was a kid. Only, she’s not a kid anymore. She’s a grown woman, with a degree and a divorce. She’d jumped into a marriage with her college sweetheart while Landon was half the world away, running sorties as a US Navy pilot.

After a decade in the service, Landon’s home now–grounded and released from duty after a high altitude ejection that injured his neck. He’s otherwise intact, though unable to pilot, and has returned to Seattle temporarily to assist his father’s construction business while his dad prepares to retire. Meeting Cami again is like Homecoming, with a twist, she’s all grown up. As much as he can sense that she wants him, it’s nothing to the inferno he’s bottled up waiting for just the right moment.

This book doesn’t leave the reader waiting for the HEA. It all seems to happen really fast…which made me (rightfully) suspect there would be a big complication. Not giving away that part, but I did connect with the characters throughout their rough patch. They don’t separate, but the trajectory they had imagined hits a bump, and it means they need to reconfigure their landing pattern, just a bit.

This is a quick read, with a sweet couple that almost struggles to believe their good fortune. Cami holds a torch for the boy she once knew, and isn’t quite sure this adult Landon is the man for her…at first. Landon does a great job of putting Cami first, and being the stand-up man she’d idolized. Plenty of loving and swooning and dream-closets in the making, here.

Interested? You can find out more about CLOSE TO YOU on Goodreads, and preorder it in advance of its August 9th release on Amazon, Barnes & Noble, iTunes and Kobo.

Preorder CLOSE TO YOU, fill out this form, and receive an email with the Exclusive Short Story, GROW WITH ME, featuring Will and Meg from Kristen Proby’s PLAY WITH ME in the With Me in Seattle Series after Release Week! 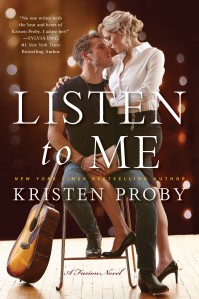 And don’t miss the first novel in the Fusion Series, LISTEN TO ME! I really enjoyed it. Addy is a hard-working woman who isn’t about to let another man walk all over her. Jake is a musician who’s made some bad decisions–and isn’t sure he’s atoned for them.

Together, they are and open flame near a gas can. It’s only a matter of time before they ignite.

Click on this Rafflecopter giveaway link for your chance to win a gift card to Amazon or Barnes & Noble! (winner’s choice)
Good luck and keep reading my friends! 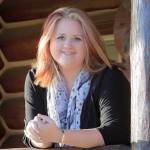 New York Times and USA Today Bestselling Author Kristen Proby is the author of the popular With Me in Seattle series. She has a passion for a good love story and strong characters who love humor and have a strong sense of loyalty and family. Her men are the alpha type—fiercely protective and a bit bossy—and her ladies are fun, strong, and not afraid to stand up for themselves. Kristen spends her days with her muse in the Pacific Northwest. She enjoys coffee, chocolate, and sunshine. And naps.