Hi there! Continuing on my SMOKING HOT reads, I’m sharing a review for a recently released menage M/M/F romance from Christi Snow. INTERTWINED HEARTS is the third title in her Snowcroft Men series and features three lost souls finding their way together. I read and enjoyed SNOWCROFT SAFEHOUSE, the second book in the series, which introduced us to some of the characters featured here. It’s a love story from beginning to end, when a traumatized gay man falls for the new poly sheriff and they both swoon for a local gal who’s about to have her brother’s baby… (Ha! She tells that joke in the book.) I also liked FOUND AT THE LIBRARY, and I’m looking forward to more books by this author.

About the book:
Three people who’ve given up on love…

After a brutal, late-night attack in his restaurant left Chef Hudson Richmond too traumatized to even enter his restaurant again, he escaped to Snowcroft. Now he’s trying to find a new normal when the reality of his world is a man’s touch makes him sick and his dream has become his nightmare.

Leigh Vaughn lives in a man’s world running Vaughn Construction with her brother, Jamie. She’s tried to be feminine and failed over and over again. Growing up with only her brother, father, and construction crews to guide her, Leigh has no idea what a feminine wile is, much less how to deploy them. But when Jamie and Trevor begin to research finding a surrogate to carry their baby, she knows this is something she can do. Hell, it’s not like those parts are getting used for anything else.

When this small town came looking for a new police chief, David Warner jumped at the chance. After a traumatic betrayal by his partner on the police force, he’s burnt out and jaded. And his love life has been even more depressing than his work life. He’s made one true connection in the last five years, but she disappeared without a trace the next morning.

Three people who have given up on love, may just find a new beginning where they least expect it…in Snowcroft. But love is only supposed to happen in twos. How can they make it work with three intertwined hearts?

Trigger warning: This book features story-lines that involve past assaults and betrayals, but has a guaranteed HEA for three people who couldn’t deserve it more.

My Review:
Leigh Vaughn is a thirty-something woman acting as a surrogate for her brother Jamie and his husband, Trevor. It’s the most she can do to help them build a family, and it’s not like she’s got any romantic prospects. Her last tryst was an anonymous hook up six month ago. And, it’s not like her new roommate, Hudson Richmond, is going to put the moves on her. He’s a gay man who’d been her brother’s on/off hook up pal. They still keep in touch, though Jamie’s now happily married. And, when Hudson needs a helping hand, well, Jamie’s a man with a plan. Leigh is hopeless in the kitchen, and Hudson is a renown chef who needs time until he’s able to work professionally again; they can help each other.

Hudson suffers from crippling anxiety and depression in the wake of surviving an attack and gang rape in his Austin restaurant. He never wants to touch, or be touched by, another man again. Staying in Leigh’s home in Snowcroft, New Mexico, is a time of healing, and a time to get his emotions in check. She needs someone to prepare her meals–because she’s hopeless in the kitchen–and Jamie’s hopeful they will provide the company each other needs. And, it works. Hudson’s night terrors keep them both awake, until Leigh crawls into bed with him one night to comfort him and they sleep peacefully together. Her quiet and calming presence helps to halt his anxiety attacks, too.

Hudson owns property in Snowcroft, but it’s been rented to the new sheriff, David Warner, for an extended period. At least, David should be staying in the cabin, but the heat’s out until the spring thaw, and with the tourists booking up all the rooms in town, David’s lucky to land Leigh’s empty guest room. And, as a confirmed bisexual, he’s luckier to recognize that he’s attracted to both Hudson and Leigh. The time they spend together only confirms to David that these are the people he’s meant to spend his life with. Not that they expect to fall for one another. Hudson’s particularly hard to convince, but David lays the foundation for the plan within weeks of meeting them. And, as Hudson’s therapy help him to manage his anxiety, he recognizes that watching Leigh blossom in motherhood is surely more sexy than he’d ever imagined. His deep feelings for her warm into attraction, and David’s patient and flexible attitude help Hudson find his way back to physical intimacy, with both Leigh and David.

This was a love built on hurt-comfort. David couldn’t find lovers who satisfied him, mainly because he needed a poly relationship. Leigh is uncomfortable in her femininity, thanks to her hypercritical mother, but David and Hudson’s admiration is too much to cast aside as fleeting. Hudson’s growing affection for two people who continue to care for him, despite his struggles, is unexpected but deeply enjoyed. Just when it deems like they’ve jumped all the hurdles and should be coasting into the finish line, well, life gets in the way. Leigh’s medical difficulties aren’t easy to overcome, but this triad is stronger than they expected, and an extended happy ending gives the reader solid assurance that Leigh, Hudson and David will have a happy life together.

I really liked the slow development of all the relationships here. There were many obstacles to overcome, and it took time, effort and patience on the part of the characters to find peace and happiness. They have real-world problems, and fears, including the worry about scandalizing their small town. Plus, there are family matters to consider, at least for Leigh. David’s parents, who live in a commune, are ecstatic that he’s found treasured lovers, while Jamie and Leigh’s mother are, well, uh. It’s awkward. And that’s to be expected. There are some deep issues the characters need to work through–both on their own, and together. The way it unfolds was good, but I wanted to get to the HEA faster. And, they seemed to fall into one problem after another. It made fore more drama than I was ready to handle, and I got impatient. That said, the grief and loss, and strength and love that were present really resonated. I’m looking forward to the next book, though, which will likely bring back at least two characters from this book, and SNOWCROFT SAFEHOUSE. 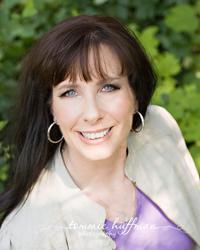 About Author Christi Snow: in her own words…
As an avid reader my entire life, I’ve always dreamed of writing books that brought to others the kind of joy I feel when I read. But…I never did anything about it besides jot down a few ideas and sparse scenes.