Hi there! Today I”m sharing a cover for a tantalizing new M/M romance from Sue Brown. ALPHA BARMAN is a reconnection romance for two military vets who were torn apart by tragedy.

Catch the book giveaway below, and be on the look out for ALPHA BARMAN November 24th! 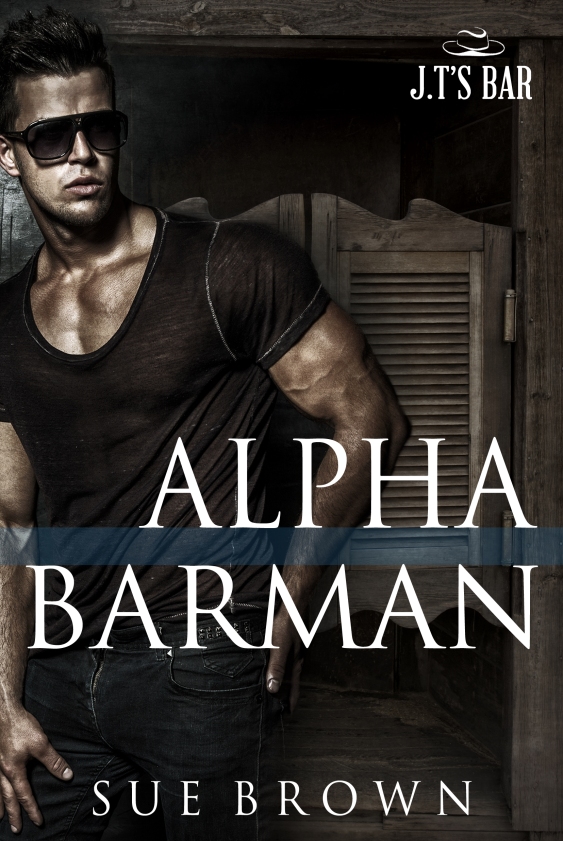 About the book:
Jake Tyler walked out of Special Ops two years ago, a devastated, broken man after he discovered his sister brutally murdered by her husband, Riley. Since then he’s found a kind of peace running a rural bar. The last thing Jake Tyler expects is his former team to turn up with grim news. Jake’s ex-brother-in-law has escaped from prison and is heading Jake’s way. The team is here to protect Jake, whether he likes it or not – a decision reluctantly shared by their leader, Jake’s ex-lover Mitch Mitchelson.

Mitch is angry and hurting. The man he trusted – the man he adored more than anything – abandoned both his team and Mitch. Jake never gave Mitch a chance to help or come to terms with his desertion. Regardless of mission protocols, Mitch isn’t about to open his heart again to that kind of pain.

But the strong attraction between them can’t be denied. How are they ever going to work together when Mitch still resents Jake’s disappearance, and to Jake, the team represents everything that destroyed him in the first place? And meantime they wait for Riley to find them… and to settle the threat once and for all.

Click on this Rafflecopter giveaway link for your chance to win a backlist book of your choice from Sue.
Good luck and keep reading my friends!

About the Author:
Sue Brown is owned by her dog and two children. When she isn’t following their orders, she can be found plotting at her laptop. In fact she hides so she can plot, and has become an expert at ignoring the orders.

Sue discovered M/M erotica at the time she woke up to find two men kissing on her favorite television series. She had an Aha moment and put pen to paper that same day. Sue may be late to the party, but she’s made up for it since, writing fan fiction until she was brave enough to venture out into the world of original fiction.