Hi there! Today I’m sharing a review for a contemporary YA urban fantasy from Pauline Gruber. THE GIRL AND THE GARGOYLE is the sequel to THE GIRL AND THE RAVEN and filled with demons, gargoyles and witches. Oh, and few normal humans as well…

As Lucy soon learns, it’s not easy loving a gargoyle when you’re a half demon. Think Romeo and Juliet. With demons.

About the book:
Good versus evil just got even more complicated…

Being half-witch/half-demon and dating Marcus, a gargoyle, is complicated enough for Lucy. She can almost tolerate Jude, her demon father, implementing demon training. But when Marcus’s family arrives in Chicago, her world begins to crumble. Marcus’s mother wants him to return to the gargoyle clan where he belongs; his father wants Marcus to help him kill Jude. There’s one very major problem with this: if Jude dies, Lucy dies.

Marcus works with other supernaturals to help save Jude and Lucy. Meanwhile, Lucy has her own plan and with the aid of a surprise newcomer, seeks help from the most unlikely—and dangerous—source.

Jude balances a fresh fireball in the palm of his hand. He lobs it at me, and I hold my hand up. I envision my hand as a brick wall. Big, strong, impenetrable. I imagine it swelling, doubling in size and strength. As the fireball comes within six inches of my hand, I step toward it and lob it back to Jude. The fireball moves toward Jude, but sputters out before it reaches him.

“Pretty lame if you ask me,” Dylan calls out.

“Funny thing, no one asked you!” I snap.

“Again,” Jude calls out. “This time put some power behind it.” We repeat it again. I struggle to ignore Dylan’s taunts. Idiot.

What is it with him? Why won’t Jude and Henry reprimand him? I wait until the fireball is two inches from me then whack it back to Jude hard. He lunges to the left to avoid being hit.

I spin around and throw a fireball at him. It slams against his shoulder. He tamps out the flames and flashes a big grin my way. “Is that all you’ve got?”

I take a step toward him. “Keep it up. There’s more where that came from.”

Dylan laughs. “You’ve got nothing. Without Daddy to protect you—and everyone else—you’re nothing.”

My Review:
This is the second book in a series, and needs to be read in order. In truth, I think they should be read directly one after the other, because I had a bit of trouble with the many characters, and all their powers, being in action when I opened this book–as it’s been nearly two years since I finished THE GIRL AND THE RAVEN.

To sum up:
Lucy is the daughter of Jude, a very powerful demon as he was Lucifer’s right hand man. Her human mother was the daughter of a powerful witch, but her love affair with Jude turned her into a mess, and a junkie. Lily grew up in abject poverty until her mother OD-ed and she went to live in the care of her Great Uncle Sheldon and his partner, Uncle Bernard. This cozy threesome lives in the first floor of a 3-flat in Chicago, imagine a tall narrow building that has a separate apartment on each of three levels. On the second floor is Aiden and Marcus, who are both supernatural–Aidan’s a demon and Marcus is a Protector, and takes the form of a gargoyle at night. On the third floor is Persephone, a witch who was part of gram’s former triad. Persephone’s been teaching Lucy witchcraft, how to use it and how to conjure spells. So, Lucy’s half-demon, half-witch, and totally in love with Marcus, a match that’s not generally acceptable.

See, Protectors and demons clash, quite literally. And when Marcus’ family returns as if from the dead–Marcus had been abandoned to his human stepfather at age four, and has been living with Aiden since a year ago when his stepfather died–it sets a whole lot of action in motion. Will Marcus leave to join his father’s Protector clan? Lucy’s stricken that he might, and that’s a big problem as there are demons out there who want to kill Lucy, and Marcus is a valiant protector, as well as having magical blood that heals all wounds.

But the reason Marcus’ family has arrived in Chicago is dire–they want to kill Jude, as the rumors are flying that he’s been killing Protectors willy-nilly. Is the threat real? Are the rumors true? Lucy can’t determine what’s true, but the search is on because killing Jude will destroy his bloodline, and any of his progeny: in short, Jude dies = Lucy dies.

So, this is an interesting story with plenty of action and a lot of wrangling. Lucy and Marcus need to seek help from some rather unsavory supernaturals in order to cobble together enough power to combat the onslaught of untold numbers of Protectors. However, the more they tangle with the Protectors, the more they recognize something foul in their midst. It’s a confounding issue that harkens to some seriously dirty business in Protectorville. I had a bit of trouble with this book, for my own self, because there are so many characters. Probably more than fifty, and not all of them are even close to important. Lucy is a junior in high school, so we have cattyiness central going down with the lunch crew. And, there’s a love triangle between Lucy, Marcus and Dylan–a boy at Lucy’s school who is Jude’s protege; there’s something not good brewing between Dylan and Lucy, who’d only always been friends. Until now. Somehow, Lucy’s physical maturity and the demon pheromones are a siren’s song mashing her and Dylan together–much to to Marcus’ frustration.

I liked how the pace of the story allowed Lucy to hone her skills, both as a witch and a demon. There are a couple of moments when I was struck by improbability woes, but the story adds realistic elements of Lucy being NOT a natural, at anything. She’s got to work for all the goals, and she’s a kind and compassionate person at heart–no matter her paternity.

At times, I felt like there was too much happening, and it wasn’t central to the plot. Time and again I had to recall who was who, and how they mattered. And there were delays due to Lucy mooning on and off regarding her relationship with Marcus and her friendship-ish with Dylan. She and Marcus both have to deal with scorn from Marcus’ father and his uber-conniving mother. There seems to be a bond developing between Marcus and his sister, and that’s good because they need all the protection Jude can get. The end is an epic battle that resulted in sort-of-evil triumphing over definitely-bad-bad-bad, which was a bit Pyrrhic. I liked how it all worked out, but the stage is set for further machinations which Lucy is not privy to. This book allowed a few other characters to grab POV in chapters to advance the story, and so the reader knows that Lucy is still in grave danger, even as she’s survived this current storm.

Interested? You can find THE GIRL AND THE GARGOYLE on Goodreads, Amazon, Barnes & Noble, iBooks, Kobo and Smashwords. 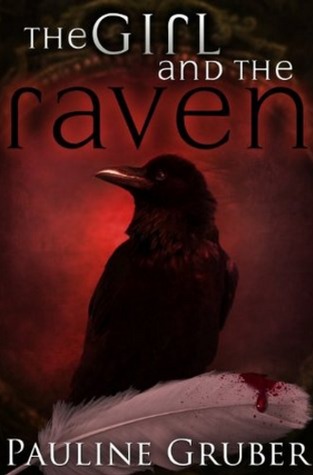 Don’t forget to check out my review on THE GIRL AND THE RAVEN, the first book in this series.

Lucy’s hard luck life improves with her move to Chicago, but she’s soon caught up between forces she never imagined, and that’s not the worst part. Nope, learning you aren’t orphan is cold comfort when your dad turns out to be a demon.

Interested? You can find the THE GIRL AND THE RAVEN at Goodreads, Amazon and Barnes & Noble.

About the Author:
Pauline Gruber is a self-professed music junkie, cat wrangler, and travel nut. She went to Paris in the 90’s where she discovered a love of three things: croissants, old cathedrals, and gargoyles. Deciding that the paranormal world could use a new kind of hero, Pauline translated her fascination with the protective gargoyle into a suspenseful love story. She is the author of the young adult series, The Girl and the Raven, The Girl and the Gargoyle and the forthcoming novel, The Girl and the Demon. By day, Pauline is a legal assistant for a Chicago law firm where she steals identities and incorporates them into her books. If you tell anyone, she’ll deny, deny, deny.

Pauline lives outside of Chicago with her precocious black cats.