Hi there! Today I’m sharing a review for ODIN’S SHADOW, a historical semi-romance from Erin S. Riley.  It is set in 870’s Ireland and Norway and features the troubles between an Irish bride and her Viking warlord husband. 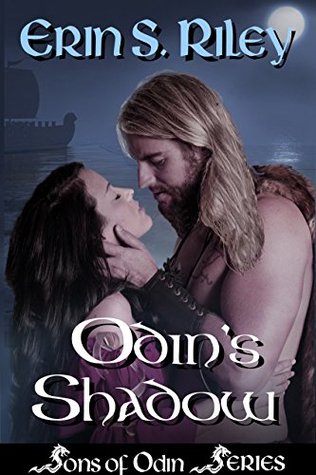 Odin’s Shadow is the first book in a series of three about a young Irish woman and the two Viking brothers who love her. The novel is set against the harsh backdrop of the Viking era in the 9th century, a time when the sight of a Viking longship sailing up the coast of Ireland would chill the blood of any man, woman or child. One young Irish woman, however, is not afraid of these Northmen, and a fateful encounter with one of them changes the course of her life forever.

Selia is a girl on the verge of womanhood, frustrated by the confines of her gender and resentful of the freedom her brother boasts of. She is intelligent and resourceful in a time when neither is valued in a female, and longs for an escape from her sheltered existence. Selia is fascinated by the tales of Viking raids told by her maidservant, and her hunger for independence is fed through the stories of heathen ferocity she hears at the woman’s knee.

A decision to sneak to the city’s harbor to view the Viking longships leads to an encounter with Alrik Ragnarson, a charismatic Viking warlord whose outward beauty masks a dark and tortured mind. With the knowledge that her father is about to announce her betrothal to a man she doesn’t love, Selia marries Alrik and within a day is on the longship bound for Norway and a new life.

As Selia’s relationship with her new husband grows, her friendship with his brother Ulfrik grows as well. The tension mounts between the two men, and as Alrik’s character flaws come to light Selia begins to have misgivings about her hasty marriage. Ulfrik’s desperate love for Selia causes him to reveal a secret from the past that threatens to destroy them all, and Selia is left to make a heart rending choice between the two Viking brothers.

This is well-crafted historical semi-romance. I say “semi” because it is a rather strained romance between people who have opposed loyalties.

Selia is a foundling child, with a twin brother Ainnileas; both were adopted by a bachelor merchant, Niall, and raised in his home in Ireland. At the time, the Finngalls (vikings) often raid the Irish coastline raping and pillaging. Selia and her brother are casualties who escaped death. Selia suffered a head injury which leaves her prone to strange visions, and though beautiful she is petite and unsuitable as a match to the nearby tradesmen. She is betrothed to an ancient man, and upset about it, when she encounters a Finngall in Dubhlinn.

Alrik would normally just take a woman he wanted, but something about Selia is captivating and he chooses to abide by her wishes–and arranges a marriage against her father’s objection. Still, learning Alrik is bloodthirsty and a murderer doesn’t quell the desire Selia soon experiences for her strange husband.

En route to Norway on Alrik’s dragonboat, she speaks often with Alrik’s half-brother Ulfrik. Ulfrik is the son of an Irish slave, and spends time teaching Selia their Norse language. He is as attractive as Alrik, and Alrik is particularly sensitive to infidelity. He is moody, jealous prone to sudden violence and often isolates Selia–something which happens in his own home as well.

The more time Selia spends with Alrik, the more she wonders if she made a poor choice; it doesn’t help that Ulfrik is constantly warning Selia of the danger of her husband. It is soon that Selia learns of Alrik’s father’s madness, and Alrik’s own Berserker nature. Though terrified, Selia is still committed to helping her husband–and she can reach him when others do not try. Their bond becomes deeper, and still more dangerous. Alrik’s family warn her not to conceive, something completely foreign to Selia’s Irish Christian upbringing.

Entanglement in Norway only make Selia’s new life more difficult. Alrik’s daughter hates her, a slave may be pregnant with his child, and Ainnileas may just make good on his promise to find and rescue her from the heathen vikings.

Underlying all of this are Selia’s misgivings about marriage, parenthood and her new home. Ulfrik seems poised to take over Alrik’s duties–both as Selia’s husband and as warlord. Alrik’s walking a razor edge between sanity and berserking. And someone in their midst is a poisoner, who could end Selia’s new life before she even decides how to live it.

For a historical, this book is hands-down awesome. The richly detailed descriptions of the time are seamlessly interwoven in the narrative. At no time did I feel as if I was being instructed in Medieval history. Selia is a good narrator, and the bulk of this story comes through her point-of-view. I really was able to connect with her, and her plight: a young naive woman now married to a madman and target for destruction by any member of Alrik’s household.

Interested? You can find ODIN’S SHADOW on Goodreads, and Amazon. 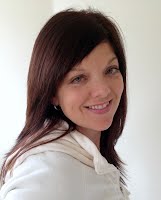 About the author:
Erin S. Riley has an undergraduate degree in psychology and a graduate degree in clinical counseling. She is also a board certified lactation consultant and has had extensive training in maternal-child health. Since Erin was a child, she has been fascinated with human nature and what motivates behavior. She enjoys writing stories that reflect real life: Erin’s books feature complicated, imperfect characters who love deeply, make reckless decisions, and try again until they get it right.

A lifelong lover of books, Erin taught herself to read at the age of four and hasn’t been without a book since. She is an equal-opportunity reader of fiction and non-fiction, and her shelves are filled with books on psychology, archaeology, anthropology, and general history. The social history of women and their place in society across the ages is a favorite reading topic of Erin’s.

Erin is drawn to any creative pursuit, from making hand-stitched quilts to producing mini-movies for family and friends from home videos. But writing has always been her passion. When Erin isn’t writing, she enjoys spending time with her two wonderful children, reading anything she can get her hands on, watching football, and renovating her house with her husband of 17 years who just happens to look like a Viking!