Hi all! Thanks for popping in. Today I’m sharing in the blog blitz for Alyssa Rose Ivy’s new contemporary romance THE HAZARDS OF SLEEPING WITH A FRIEND. Drop down below for a taste and giveaway. 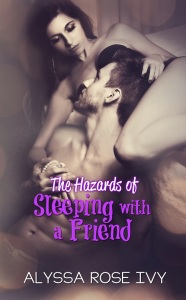 About the book:
Warning: Sleeping with a friend might change your life forever.

Sleeping with Kyle was never in the plans. Pretending to be his girlfriend was one thing, but letting our relationship become anything but platonic was another. The problem with mixing friendship with sex is that inevitably feelings get involved, and when that happens there’s no turning back.

When Kyle’s life fell apart around him, I needed to help, but doing that meant opening myself up to the most terrifying thing in the world—falling in love.

After a fabulous dinner, a shared bottle of wine, and a starry night walk on the beach, we eventually made it to bed. I was exhausted from the sun, but excited to spend a night with Kyle when I wasn’t worried about Savy and Glen overhearing.

“Could you get naked already?” I teased Kyle. He was taking his time that night.

“In a hurry, are you?” He grinned before running his lips down my neck. “I don’t see any reason to rush things tonight.”

“Of course you don’t. As usual I’m the one who wants it more.” I was only half kidding.

“Is that what you think?” He moved over me. His grin widened. “That I don’t want you?”

I nodded, ignoring that I was only in a bra and underwear while he still had his shorts on.

“It’s exactly the opposite.” He gently pulled one of my bra straps down my shoulder. “I don’t like rushing things. I want to savor every moment.”

“I could understand if this was the first time, but it’s not. We do this all the time now.”

“We do. Don’t we?” He pulled down my other bra strap. “Funny how that happened.”

“You know very well how it happened.” I tried to calm down my body. No guy had ever made me want them more than Kyle. You’d think after all the times we spent together I wouldn’t be as affected, but it had only gotten worse.

“Do I?” He unbuttoned his shorts before getting up just enough to toss them off.

He left tiny kisses on my shoulder while he reached around and unclasped my bra. “Was it because you threatened to start having random hook-up sex?”

“No. It was because you made me pretend to be your fake girlfriend.”

“Made you?” He tossed my bra where he’d thrown his pants. “I seem to remember you agreeing without a fight.”

“That’s not how I remember it.”

Interested? You can find THE HAZARDS OF SLEEPING WITH A FRIEND on Goodreads, Amazon, iBooks, Google Play,  Kobo, and Barnes & Noble.

Click the Rafflecopter link for your chance to win a paperback copy of any of the HAZARDS books!
a Rafflecopter giveaway

About the Author:
Alyssa Rose Ivy is a New Adult and Young Adult author who loves to weave stories with romance and a southern setting. Although raised in the New York area, she fell in love with the South after moving to New Orleans for college. After years as a perpetual student, she turned back to her creative side and decided to write. She lives in North Carolina with her husband and two young children, and she can usually be found with a cup of coffee in her hand. 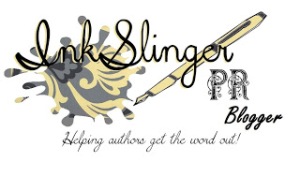