Hi all. Today I’m reviewing a newly released YA tale of angst, firsts and mountain life. It’s WILDLIFE by Fiona Wood, and I really enjoyed it. 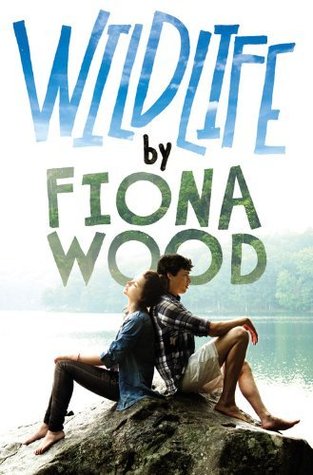 About the Book:
Boarding for a term in the wilderness, sixteen-year-old Sibylla expects the gruesome outdoor education program – but friendship complications, and love that goes wrong? They’re extra-curricula.

Enter Lou from Six Impossible Things – the reluctant new girl for this term in the great outdoors. Fragile behind an implacable mask, she is grieving a death that occurred almost a year ago. Despite herself, Lou becomes intrigued by the unfolding drama between her housemates Sibylla and Holly, and has to decide whether to end her self-imposed detachment and join the fray.

And as Sibylla confronts a tangle of betrayal, she needs to renegotiate everything she thought she knew about surviving in the wild.

A story about first love, friendship and NOT fitting in.

My Review:
This is a coming-of-age book, suitable for teens.

Sybilla is a 16 y/o girl in Melbourne, AU. She and dozens of her classmates are embarking on a 9 week term in the “wild”–okay, really. They are being sent for classes in a mountain retreat where they are expected to be rather self-sufficient, living in a cabin with classmates and prepping food, doing outdoor education classes, taking required hikes, having campouts. It’s the opposite of Sybilla’s strength–she’s not fit, per se.

Just before going, Sybilla is noticed by a popular boy–Ben. This coincides with a bit of modelling Sybilla did for a perfume advertisement that gains her some popularity. See, Sybilla is an ugly-duckling-turned-swan, and her BFF Holly is all too happy to cash in on Sybilla’s new social status. Holly, Sybilla, Ben and Michael (Sybilla’s other BFF) are all due on the trip together. Michael is hopelessly smitten with Sybilla, though she is oblivious. He is quirky and (plain-out) weird–but Sybilla knows she is a stable presence in his life and wishes to maintain their friendship.

Louisa (Lou) has been suffering severe depression since her boyfriend died in a bike accident. She hasn’t attended school in a year, and her mothers decide a change of scenery is in order–so they enroll her at the mountain school. She is the newcomer, the outsider–and that suits her fine as she has no desire to connect with anyone again. Slowly, Lou reveals her anguish and experiences into her journal.

The book alternates between the POV of Sybilla, who is trying to figure out who she is and how to deal with a popular boyfriend and conniving bestie, and Lou who endeavors to shut everyone out, and ends up failing.

We get to see a lot of Michael through his conversations with Lou. Lou is the dispassionate observer, witnessing Holly’s machinations and Sybilla’s confusion. She keeps her distance until Holly reaches levels of viciousness that cannot be tolerated. And then, she picks up the pieces of both Michael and Sybilla.

It’s a bit of an angsty read, with some clandestine sneak-offs and the (seemingly) inevitable showdown between lust and sense. I believe this was portrayed with realism and honesty, and the manner in which both Ben and Sybilla handle themselves and their relationship felt real–and at a teen level. Nothing is glorified.

The end is lovely storytelling, with the “villain” getting a comeuppance in a way that satisfies without being horribly humiliating.

While this book is written from the POV of two Aussie gals, the language is accessible to American teens. The format, grammar and diction conform to American English standards, and the use of Aussie/Brit slang is next to absent.

Most of Lou’s chapters are very short–half a page or less–as this is her journal. As the story progresses and she begins to engage with her peers, the chapter length increases–including vignettes of the people she observes, until she is fully-engaged with her grief and can move through it. It is an interesting juxtaposition from Sybilla’s chapters which hold plenty of social interactions, and little contextual understanding on her part.

It takes a while for Sybilla to find the strength within her to grow past the passive girl/friend/girlfriend that she has always been, but she is better for it and happier with her newer, stronger relationships. She weathers betrayal well, and her confrontations had the same understated heat that Sybilla embodied, so no fireworks, but clear demarcations bounding new friendships from old.

I did enjoy this book. I liked the backdrop of the camp, and the metaphors for adulthood that it engendered. I liked how the students struggled to be nicer people–knowing that they had little choice in their living arrangements and had to devise creative ways to release stress in the face of 24/7 camp companionship. Some, like Ben and Michael, take to long-distance runs. Lou has her journal, Sybilla has, well, nothing, though she does invest in some new friendships, which was healthy.

Interested? You can find WILDLIFE on Goodreads, Amazon and Barnes & Noble. I received a copy of this book via NetGalley.