Welcome to my stop on the Now and Then blog tour hosted by YA Bound Book Tours.  Click HERE to see the full blog tour schedule! 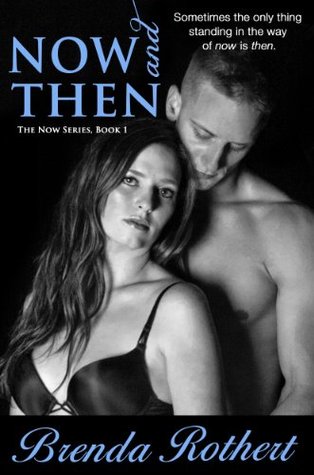 Now: Emmaline Carson is a sharp, settled graphic designer who loves painting, cooking and girls’ night out with her older sister Layla. But then – in the years before she went to art school in Paris – she was a shy, awkward teenager with frizzy hair, a flat chest and a massive crush on the boy across the street, Cole Marlowe. Too bad her incredibly hot neighbor only had eyes for Layla.

Cole is now a confident, laid-back attorney who’s even hotter than he used to be. He’s planning to stay single while working his way up the corporate ladder – until he’s knocked off course by a chance run-in with Emma.

Everything is different between Cole and Emma now. He finally sees her in a way she only dreamed of, and their hot chemistry is fueled by a growing friendship. But Emma’s deception of her sister – who wants Cole for herself – and the secret Cole’s been keeping for more than a decade threaten to tear apart what’s only just begun. Because sometimes the only thing standing in the way of now is then.

My review:
Here’s how it all starts:  Coffee. While fetching coffee for her lecherous boss, Em takes a tumble spilling the brew all over herself and another customer–her childhood neighbor and school-girl crush, Cole Marlowe. He’s moved back to Chicago much the same as Em has. Cole isn’t looking for anything serious–he’s busy working up the partnership ladder at his law firm, but he can’t deny his attraction to Em’s unassuming nature and luscious figure.

And Em? For her, Cole has been this untouchable dream for sooo long–it’s as if she’s afraid to burst that precious soap bubble memory of her pining days. Plus, she’s just getting her career off the ground and doesn’t need complications like a relationship. Cole, he’d be a major complication, mostly because their mothers have pretty much planned on Cole marrying Em’s beautiful older sister, Layla, who always outshined Em…and Layla has her sights on Cole, as well.

But that’s the thing about love–it doesn’t listen to the bickering of parents. It cares not for the secondary alliances. It drive you to take risks, move obstacles, to Make. It. Work. Once decided, Cole is relentless. He’s fierce and vulnerable and overwhelming, and borderline stalker-y (Think ‘please-lets-tell-everyone’ NOT ‘restraining order’ sense) in his pursuit to woo Em. She holds out, however, afraid that this bombshell relationship will destroy the tenuous friendship she’s built with Layla. See, Layla wasn’t the nicest older sister growing up. She hounded Em and flaunted her popularity and openly taunted Em about her Cole-worship, yet that was THEN, and now they’re pretty tight.

And, while the secret Cole hides isn’t his latent affection for Layla, it’s driving Em away nonetheless.

If you like realistic romances, NOW AND THEN is crammed to bursting with sibling rivalry, passion, family expectations, and responsibility. There are no billionaires. There is no S & M, no flashy cars, no contracts.

However, that’s super cool. Makes me feel like I may run into Em or Cole whilst touring my fair Chicago. They breathe my air. They have fussy mothers and scheming sisters. They have skeletons that don’t involve molestation or neglect, only family business of a personal–not shameful or criminal–nature.

Interested? You can find NOW AND THEN here:  Goodreads  Amazon

Brenda Rothert lives in Central Illinois with her husband and three sons. She was a daily print journalist for nine years, during which time she enjoyed writing a wide range of stories.

These days Brenda writes New Adult Romance in the Contemporary and Dystopian genres.
Connect with her at: GOODREADS TWITTER or FACEBOOK

GIVEAWAY:
10 e-books of Now and Then (INT)
a Rafflecopter giveaway

One thought on “NOW AND THEN–Review and GIVEAWAY!”