Hi there! Today I’m sharing a review for a new contemporary M/M romance newly released from Jay Northcote. BETTER PLACE is the third book in his Rainbow Place series set in Porthladock, Cornwall. It’s a fun series, though this book features a man in an emotionally abusive relationship finding the courage to seek a new and better love. 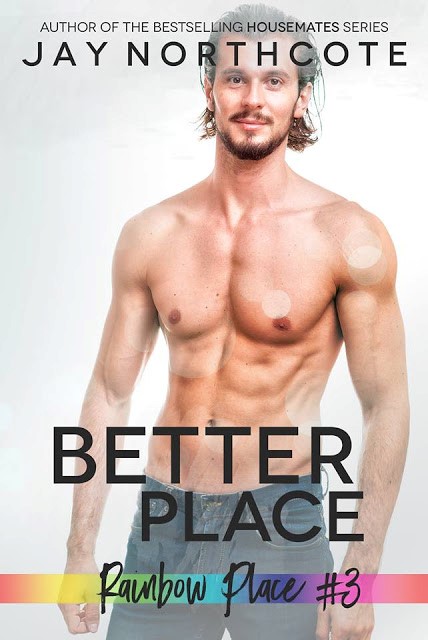 About the book:
Joe deserves better. Meeting Dylan helps him see that.
After a recent redundancy, Joe takes a few months off to try and make it as a writer. His partner, Harry, is less than supportive but Joe is used to that after ten years together, just like he’s used to Harry’s controlling nature and his drinking habit.

Dylan, a server at Rainbow Place, is fascinated by Joe as he sits in the café and works on his laptop. His attempts to flirt are met with awkwardness at first, but gradually Joe opens up. Dylan is disappointed when he learns Joe isn’t single. As their friendship develops he begins to worry about the nature of Joe’s relationship, especially when he witnesses Harry’s behaviour in person. Abuse isn’t always physical, and Dylan knows that from experience. His concern helps Joe see his relationship for what it is, and gives him the courage to end things with Harry.

Free to act on their mutual attraction, Joe and Dylan dive headlong into something that becomes serious fast. Joe revels in the passion and intimacy he’s been missing out on for so long, but Dylan is worried that Joe is on the rebound. He puts on the brakes, knowing that they need to slow down to make this last. For this new relationship to work, Joe needs to show Dylan that he’s ready to move on from the past.

Although this book is part of a series, it can be read as a standalone and has a satisfying happy ending.

My Review:
Joe and Harry have been monogamous partners for the past ten years. Recently, Joe was laid off from his position at the university, and he’s taking several months before looking for a job to write a novel. This decision was agreed upon by Harry, but Harry’s not totally happy about it. He feels Joe is wasting his time on a lark, and he’s not shy about letting his feelings known–even in public.

The time off has allowed Joe the opportunity to see how skewed the roles have become in their relationship, and he’s not happy about Harry treating him like an errand boy and housekeeper–these are two men in their forties. While in the Rainbow Place cafe writing, Joe meets Dylan, a server. Dylan’s totally attracted to Joe, and he makes some attempts to let Joe know this–which makes things awkward.

Dylan, a survivor of an abusive partner, sees the dangerous situation Joe is in, before Joe does. Joe had thought himself simply dissatisfied, but Harry’s drinking, coupled with his controlling behavior and spiteful outbursts, are steps along the abuse continuum. Dylan speaks up as a friend, and Joe takes a critical look at his life. He’s not married to Harry, but they split the bills and their living arrangement. For Joe, it’s become little more than a roommates situation, as the emotional connection between he and Harry has withered–and is being ripped apart with each new fight. Joe makes the decision to separate…but he can’t really leave. This only feeds Harry’s growing rage, and leaves both Dylan and Joe vulnerable. Especially once Joe and Dylan begin dating.

There was a lot of great emotional connection points for readers in this one. Joe’s predicament, falling into a lackluster rut with a longtime partner, felt very real. As many times as he tried to address his feelings and needs with Harry was as many times as he was shut down and belittled. He was truly sympathetic, and I didn’t even mind how he was connecting so strongly with Dylan at this point. It felt very realistic for Joe to be introspective about his relationship with Harry when he’s being admired by a younger, sexier, man. He tried hard to mend things with Harry, but it wasn’t meant to be–and that’s just life. Dylan’s history of abuse was poignant, and allowed the reader to imagine how difficult it would be to fall for another person after the one you thought loved you became physically abusive. Personal judgment is really high on Dylan’s priorities, and he can’t rely on the excitement of new love to support him in the long run. Using his skills gained in years counseling, Dylan’s able to set reasonable boundaries that protect both him and Joe from careening into emotional disaster. Dylan’s boss and friends at Rainbow Place play a role in making life easier for Joe, especially. I expect to see more of all these guys in future stories.

Interested? You can find BETTER PLACE on Goodreads and Amazon. 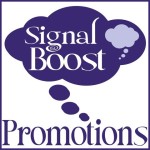